What Book Should We Do Next? 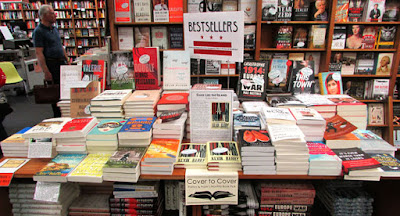 Okay guys, we’ve done five books, which means that it’s time to add them to the sidebar alongside our movies and TV pilots. Check ‘em out →

So, what next? I’ll take a little break then try to come back with some new books before summer. What books have people read? What books would you like to see featured? I’d like to do something recent that’s actually “literary”, but it’ll be hard to find something that enough people have read. Here are some options (but feel free to come up with your own)...
Or should I go back to the high school canon? It’d be hard to say anything about them that you didn’t already hear from your high school teacher, but I could test myself:
What other canonical books do you suggest?  (I’m loathe to do anything in translation because then I can’t talk knowledgeably about the language.)  Or should I go really crazy and do some non-fiction? 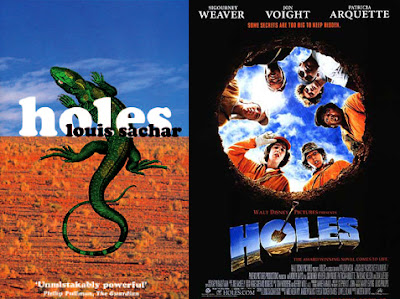 An early piece I wrote about how they made a small change for the movie that robbed it of a lot of its power, but they had little choice, because all behavior looks worse onscreen:
And here's my recent Annotation project series:

Game of Thrones: The Archive 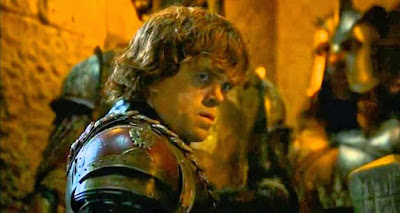 Here’s the recent series I did about the first book:


And two earlier things I wrote about the books and TV show:

Game of Thrones, Conclusion: So Why Do I Like It So Much?


I could go on for another week about “A Game of Thrones”, but I’m wearing out, so let’s flip all the cards back* and get to the big question: I’ve laid out several reasons why the book shouldn’t work, and talked about how Martin turned many of his potential weaknesses into strengths, but we still haven’t really established: Why is the writing so addictive? Why did I get so sucked into reading, even though:


This gets to the heart of my book. This is the “stranger on an airplane” test: How do you learn to write so well that you win over even someone who doesn’t want your story? I think what really grabbed me was the “warm slipper” quality of the writing. What created that feeling?


My two favorite reading experiences are also super-long, multi-POV, and set during wartime: “War and Peace” by Tolstoy and “The USA Trilogy” by Dos Passos (which I originally encountered in one volume). Martin isn’t in that league, but he’s doing the same thing they’re doing: Creating a vast world at a tragic time, though many intensely intimate points of view. In all three cases, I found it addictive and didn’t want it to end.

(One difference is that Tolstoy and Dos Passos didn’t abuse my addiction.  They finally wrapped up their epic sagas just before I could exhaust myself. Martin just keeps his junkies on the hook year after year. The other difference is that I ultimately agree with Tolstoy and Dos Passos’s worldview, but disagree with Martin’s, which is why I was able to painfully break away a few hundred pages into the second book.)

*Never let it be said that my pop-cultural references are not super-up-to-date.
Posted by Matt Bird at 8:00 PM 4 comments:

Storyteller’s Rulebook: Prologues Can Be a Microcosm of the Story 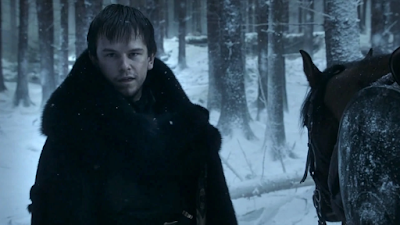 We’ve talked about the pros and cons of having a prologue. “A Game of Thrones” has a particular kind familiar from genre fiction: the “kill everybody off” prologue. (As it happens here, one of the characters runs away, only to have his head lopped off immediately in the next chapter as a result.) We get things off to an exciting start and establish the seriousness of the dangers our heroes will face in the rest of the book.

Martin identifies it as a prologue in order to hint to us that the real book hasn’t started so maybe we shouldn’t be looking around for a hero yet. We aren’t that surprised when things end badly. So Martin gets to tell a little contained short story with its own beginning, middle and end. He gets us to care about the characters a little bit, but not too much, just enough to find it horrific when they’re dispatched.

But Martin is also doing something else interesting: He’s telling the whole story of the novel, indeed of the whole first trilogy (Martin was still planning on just doing three books at this point.) Martin’s story has a definitive moral: Young men should not lead old men. In this book, we get two horrific young rulers in the form of Joffrey and Robert Arryn, and we get hints that Robb Stark might be rashly declaring himself King in the North. (Robb’s rise will indeed turn out to be disastrous in the next two books.)

But you don’t need to read the whole book because it’s all right there in the prologue. Three rangers have been sent north of the wall, the youngest of whom is the son of a lord, so he’s been put in charge of the other two. This young “lordling” has a beautiful but unnotched sword that has “never been swung in anger” (not a good thing!) He cares more for his honor and glory than he does for the lives of his men. We get a line that could be used in many storylines throughout the book:


So our prologue is a cautionary tale in more ways than one. It’s warning about the danger of the white walkers, but also about the dangers of the lordling class. We may only notice the first danger, but the second has been subconsciously planted. It’s never too early to introduce your theme.
Posted by Matt Bird at 8:00 PM No comments:

Straying from the Party Line: The Power and Peril of POV in “A Game of Thrones”

Last week I focused on the ways that George R. R. Martin intentionally (and boldly) broke the rules with “A Game of Thrones”, and mostly got away with it. This week, I promise, I will finally get to more of what the book does unambiguously right, but I thought I would feature one last broken rule, this one seemingly unintentional. But here it’s the exception that proves the rule, because it shows how well Martin does it the rest of the time.

I think one of the great strengths of these books is the use of strict third-person limited-POV with strong sensory writing. This is Writing 101: Build identification (whether in 1st or 3rd) by keeping us in one head and use all five senses to make that head come to life. And it’s especially important in a book like this that has a different POV each chapter. As with Tolstoy, the POV keeps shifting but while we’re in one head, we’re intensely and intimately in that one head.

Martin not only tells us what his limited-POV characters see, hear, feel on their skin, touch, taste, smell, and think, he also tells us how each sense affects the others. He tells us how thoughts affect senses: “It made Bran’s skin prickle to think of it.” And how senses affect thoughts: “The taste of cold iron in his mouth gave him comfort.” This is intimate. Here’s a classic Martin sentence: “His muscles cramping and his fingers numb with cold, he climbed down.” Two feelings, then an action. That’s a good ratio.

But let’s talk about the Martin’s odd prologues, and why he does them that way, and something he does on his first page that I can only describe as a mistake.

For 71 of his 72 chapters, Martin has a named POV at the beginning of the chapter, but he sets up a convention that he uses in each book: Only the prologue has no named POV. This is an odd choice. It would seem to me that the beginning is when you want a POV the most, to quickly bond us to a character when we’re seeking around for one. (Although Rowling does something similar, doesn’t she? The key difference there is that she adopts a truly omniscient voice for that first chapter, including a little authorial commentary, which Martin remains limited even in his prologues, with no authorial voice.)

So why does he do it? Possibly just because he’s going to kill these characters off, so he doesn’t name them so as to let us know not to care about them. All of his other POV characters return at least five times.

But here’s Martin’s bizarre mistake: You should never have a chapter that’s almost entirely from one character’s POV, but drifts into another character’s POV just once, even though you don’t need to.

The first time we see into a character’s head, in the fourth line of the book, it’s the older man Gared: “Gared did not rise to the bait. He was an old man, past fifty, and he had seen the lordlings come and go.”  But then in the seventh line we enter Will’s head: “Will had known they would drag him into the quarrel sooner or later. He wished it had been later rather than sooner.” And then we’re limited to Will’s POV for the whole rest of the prologue. The subsequent non-dialogue paragraphs begin “Will could see…” and “Will shared his…” etc.

Martin was already a veteran novelist when this came out, but this is something I see beginners do all the time: Limit themselves almost entirely to one POV, only to slip into another character’s head just for a second. It ruins all the good work of your POV-limiting.

And indeed I was alienated by the opening pages of this book. The book didn’t grab me right away. It was only when we had settled into Will’s POV, and I started feeling his five senses, that I was finally able to figure out who each of these three characters were and how I should feel about them.

Martin in no way needs that slip into Gared’s head. Gared’s opinion on Royce could have been evident from what he says, what he does, or just a look Will sees in his eyes.  In fact, throughout the book Martin does a great job letting us know what other characters are thinking just using his POV character’s senses. Here’s an example with Will, looking at Ser Waymar: “Ser Waymar was panting from the effort now, his breath steaming in the moonlight.” Will sees and hears what Ser Waymar is feeling, simply by observing the outward manifestation of those emotions.

It doesn’t matter if the prologue has a named POV or not: If it’s 99% from one character’s POV, then it’s a bad idea to stray into another character’s head for just one line. An editor should have cut it.
Posted by Matt Bird at 12:00 PM 3 comments: