Storyteller’s Rulebook: Establish the Worst Things That Could Happen 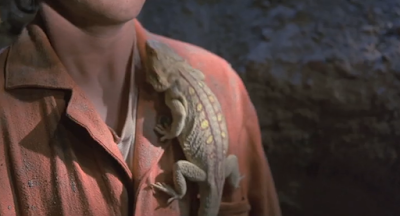 “Holes” uses a classic trick: it establishes the two worst things that could happen, then those things of course happen. First, after the two “usually”s I mentioned last time, we get an “Always”
Then we’re told that there are no fences at the camp because anyone attempting to run away is guaranteed to die in the desert. Of course, before the book is over, Stanley will survive both getting swarmed by lizards and attempting to run away from camp.

This is an area where you can benefit from your reader’s ability to guess where you’re going based on other books they’ve read. Sachar could tease us in his narration and say, “Little did Stanley suspect that soon he would do just that,” but he doesn’t have to. He knows that we’ve read books before and we know that if it gets an “Always”, then we’re about to see an amazing exception. That “Always” is all the foreshadowing he needs.
Posted by Matt Bird at 8:00 PM