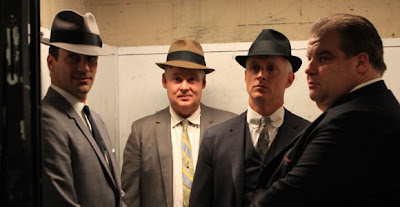 Regular reader (and former X-Files staff writer!) Mike Wollaegar is co-hosting a Google+ Pitch Fest this weekend (Don’t worry, it’s free and you’re pitching to your fellow writers for feedback, so it’s not one of “those” pitch fests) and he asked me to throw up a link. I usually beg off, let's make an exception this time. Check it out.
Posted by Matt Bird at 2:06 PM 2 comments: