Storyteller’s Rulebook #165: Your Hero Can Go From Y to Z 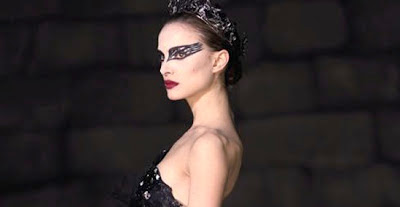 I generally tend to agree with the advice of Robert McKee (even if I find his tone far too lofty), but not always.  For instance: he insists that audiences always wants to the hero to go on the longest possible emotional journey, all the way from A to Z.

But as I pointed out before, Black Swan didn’t start Natalie Portman’s character off as a happy-go-lucky ingénue who is dragged all the way from sunshine to darkness. Instead, when the movie begins, she’s already pretty far gone, worn down to a state of near-madness by years of maintaining an inhuman amount of discipline in order to get to her current position.

You might think that this would make her too unsympathetic, or not worth rooting for, since she may already be too far gone, but we actually care more about her because she’s not an everywoman. She’s already given up so much, but now she fears that she’ll have to give up her last shred of dignity in order to cross the finish line. We respect her accomplishment, empathize with what it has cost her, and feel anguish over this final crisis.

Why waste screen time dragging her all the way from happiness to the crisis point? In my original write-up, I predicted that Portman would win Best Actress, because she got to spend the whole movie going from Y-Z, which gave her time to explore the full emotional intensity of that crisis. 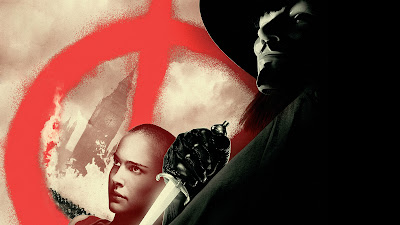 Compare this to another Portman role. The graphic novel “V for Vendetta” begins when anti-fascist terrorist V saves a miserable young girl from entering a life of prostitution and invites her to live in his secret refuge, where he gradually grooms her to be his successor. Even though the girl has already lost everything she ever loved to the fascist government, she’s still horrified by V at first, and reluctant to embrace his extreme ways.

The limp movie adaptation has many problems, but one of the biggest was the baffling decision to start Portman’s character off as a strong, independent go-getter assistant at a TV station whose biggest problem is an unrequited crush on her boss. We’re supposed to believe that this girl will soon decide to become an anti-government terrorist leader??

The book takes her from rock-bottom refugee to terrorist over the course of 300 dense pages, which makes for an emotionally devastating journey. The movie takes her from rom-com heroine to terrorist in under two hours, which is just silly. Feel free to start your characters out on the edge of a crisis, and trust your audience to be willing to jump right in up to their necks as the story begins.
Posted by Matt Bird at 8:00 PM

This reminds me of an idea from MAKING SHAPELY FICTION by Jerome Stern. (Ignore the silly sounding title!) He writes about a concept called "position," which is the total sum of a character's relative status in his/her world on every scale that matters to him/her -- finances, love life, job, general happiness, etc. All a story needs is a significant -- meaningful if not necessarily large -- change of position. If a character's position is unclear or seems never to change (like, say, in THE MASTER) then you've got a problem. Otherwise Y to Z can work just as well as A to Z.

Interesting! That was something that bugged me about Story as well, but I couldn't put my finger on it until you pointed it out.

A question, though - do you think this works for ascent as well as descent, comedy as well as tragedy?

I can definitely see it working on the way down, at least with mental stability - someone is near the edge and is nudged over (Hamlet, overcome with grief, descends into madness that isn't entirely play-acting, and ultimately into murderous rage)...

...but I'm having trouble imagining a story being compelling starting, say, with a character who is big-hearted with everyone except his wife's family, whom he's quick to judge...moving from there to being big-hearted with the wife's family, too. In order to make that work, I'd think I'd need to start with him further away - not all the way back at A where he's Scrooge, say, but maybe at M, with him maybe being generous only with strangers and only for appearances. It feels like a much smaller story.

Maybe it's the case that you can do big stories in a descent from Y to Z, but the stories need to be smaller in an ascent from B to A? Or maybe my head's just not in the right space on this yet. :)

Don't know if this is ENTIRELY relevant... but something I've noticed regarding the A-Z emotional arc is how many movies do a sort of FAKE arc. The hero starts in one place and then moves to a different one without much reason... just pyrotechnics. Apparently explosions do a lot to change one's emotional view. Thinking specifically of JURASSIC PARK, G.I. JOE, really any big blockbuster... but it really jumped out at me in the new Bond movie. Without going into detail, it starts with Bond kind of questioning his role and then he SCREWS UP EVERYTHING OVER AND OVER-- in practical terms, James Bond fails utterly in every mission he's given-- and returns re-affirmed and energized about his job. Just because it's the 50th anniversary of the Bond movies, apparently, because I couldn't see an in-story reason. I think this is why so many of these mega-movies feel hollow. They know there SHOULD be some sort of arc but there's no one that has any idea how to construct one.

It follows plainly, in the first place, that the change of fortune presented must not be the spectacle of a virtuous man brought from prosperity to adversity: for this moves neither pity nor fear; it merely shocks us...Nor, again, should the downfall of the utter villain be exhibited. A plot of this kind would, doubtless, satisfy the moral sense, but it would inspire neither pity nor fear; for pity is aroused by unmerited misfortune, fear by the misfortune of a man like ourselves. Such an event, therefore, will be neither pitiful nor terrible. There remains, then, the character between these two extremes- that of a man who is not eminently good and just, yet whose misfortune is brought about not by vice or depravity, but by some error or frailty.

JD: "Friends with Benefits" was about two happy, successful swinging singles who just had to find the last piece of the jigsaw by adding love to sex, so that's sort of a B to A movie. By definition, a B to A movie is pretty low stakes, but FWB still work in a pleasant "watch it on a plane ride" kind of way.

("It's a Wonderful Life" is a movie about a great self-sacrificing guy who learns to stop resenting the people he's sacrificed himself for, so that's sort of a B to A story, but he definitely plunges down to Z in the middle, so that doesn't really count)

Greg: Anyone who's read my recent complaints about "God of Chaos" villains could probably guess that I wasn't a big fan of "Skyfall". [SPOILERS AHEAD] The movie seemed to be a re-make of "Dark Knight". Once again the villain achieved all his goals (nothing for himself, just for bad things to happen to others) and the heroes succeeded at nothing.

James Bond is always cited as an exception to the rule, as the character who never arcs. They finally caved with the last two, giving Craig somewhat of a disillusionment arc, but you're right that his arc in this one is pretty phony. Bizarrely, they abandoned the "Bond learning the ropes" momentum from the previous two movies and jumped right to "Bond as burn-out case in need of redemption".

And I agree with you: why he would feel redeemed by the events of this movie is beyond me.

Another B to A that I know Matt's not a fan of but I sort of am is UP IN THE AIR, wherein the protagonist goes from being a big self-involved jerk to a little less of one. It's not really B to A so much as it is from K to J. But the film works because it's a change that, however small, is still significant to the characters and so to the audience.