How to Create a TV Show: The Archive 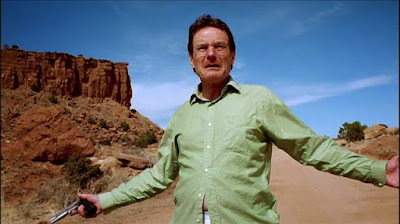 Now let’s go back and look at my TV posts (I’m focusing at first on those sections that didn’t make it into the book.) These have held up pretty well. I propose at one point that you should do something crazy like pitch a pirate show, years before competing pirate shows actually made it on TV...

tike mik said...
This comment has been removed by the author.
7:20 AM

thanks for this information

And the keyword "movie trailers" has collected a whopping 127 million plus searches. 123movie

The origin of Assamese Cinema can be traced back to the dreams and imagination of a revolutionary visionary Rupkonwar Jyotiprasad Agarwala, who was also a distinguished poet, playwright, composer and freedom fighter. He was instrumental in the production of the first Assamese Film “Joymati”, under the banner of Critrakala Movietone. Due to the lack of trained technicians, Jyotiprasad, while making his maiden film, had to shoulder the added responsibilities as the script writer, producer, director, choreographer, editor, set and costume designer, lyricist and music director. The film completed with a budget of Rupees Sixty thousand and was released on March 10th, 1935. But it failed miserably. It is unfortunate that like so many early Indian films, the negatives and complete prints of Joymati are missing. 123Movies

Notwithstanding the failure of his venture, Jyotiprasad made another film after a lapse of two years titled Indramalati (1939). It was his second and last film. The eminent composer and singer of Assam Dr. Bhupen Hazarika, played a stellar role in the play. With the passing away of Jyotiprasad, the Assamese film scene witnessed a temporary lull for about a couple of years. But things changed with the onset of war. Taking advantage of this, Late Rohini Kr. Baruah made a film on a relevant historical topic called Manomati (1941). It was followed by films like Parvati Prasad Boruwa’s Rupohi, Kamal Narayan Choudhury’s Badan Barphukan, Phani Sharma’s Siraj, Asit Sen’s Biplobi, Prabin Phukan’s Paarghat and Suresh Goswami’s Runumi, all made in the 1940s. 123Movies

We have Oscar parties like we do Superbowl parties and even bet or at least announce our opinions on who the winners of the Academy Awards, Golden Globes, MTV Awards, etc. will be. 123 movies

This gives your movie buff a gift that will keep on giving over the year as they revisit the theater. Each time getting to enjoy the big screen magic on your dime.
123movies

Then there's the classic TV shows like 'Lifestyles of the Rich and Famous' that we turned on faithfully oohing and aahing over the content like it was fine wine. yesmovies

And if there's one last thing that solidifies our movie crazy mentality it's our want or longing to actually be in a movie and/or meet a movie star. Well, this just in---you can do both. Have you heard the term TV or movie extra? gogoanime

I'm sure you've heard of them. Sundance. Cannes. Attending these more prestigious film festivals are like a life-long dream for the movie buff in your life probably. soap2dayhd

Every film buff is familiar with the prestigious American Film Institute. What better way to reward their passion for films than allowing your movie buff to become part of that institute by buying them a membership to the AFI. solarmovie

Extremely decent blog and articles. I am realy extremely glad to visit your blog. Presently I am discovered which I really need. I check your blog regular and attempt to take in something from your blog. Much obliged to you and sitting tight for your new post. online sites to watch hollywood movies in hindi

It's a great idea I think, if u'll have some information about it tell me please. 123movies

have a sin just like my personal own to learn much more on the topic of this condition. I am certain there are thousands of more fun opportunities in the future for folks who scan through your blog. one piece streaming