How to Create a TV Show, Part 13: Master the Weave 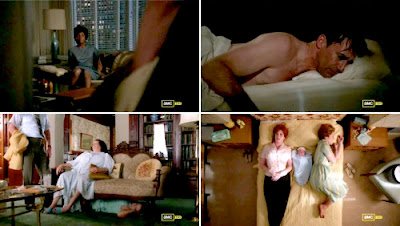 If you thought movie structure was overly complex, dogmatic and bizarre, then just wait until you get a look at TV.  Let’s gets some vocabulary out of the way: Most shows have some combination of the following:

Once you’ve got all these separate storylines sketched in, then the really hard work can begin: the weave.  How do you jump from storyline to storyline?  How do you parcel out scenes so that every Act pushes each storyline forward?  Which storylines provide the “Act Outs” (the last scenes before the commercials, which have shocking reversals or cliffhangers)? How can you arrange the various timelines so that they stretch over the same period of time, allowing you to intercut seamlessly?

This is all much harder than it looks, and you don’t realize that until you see the occasional show where they screw it up.  For instance: I remember a dreadful “Will and Grace” episode where the intercutting made no sense: In the “A” story, Will gradually realized over the course of several weeks that his new boss Gene Wilder was crazy.  This was intercut back-and-forth with the “B” story, in which Grace, Jack and Karen spent one night in a limo parked on the street. So lazy. 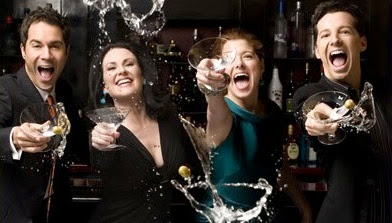 But wait, it gets harder: you also have to allow for these storylines to interact.  In a truly great weave, they eventually unite and climax at the same moment, but at the very least, you have to consider how these sets of events would affect each other.

I know it’s heretical to say anything critical about “The Wire” but there are several episodes in the third season where the two storylines seem to totally contradict each other.  In one storyline, the new police chief introduces a legalization project that virtually eliminates the city’s violent drug crimes.  In the other storyline, Avon gets out of jail and ignites a violent drug war.  So which is it?  Did one set of writers not know what the other set of writers were doing? 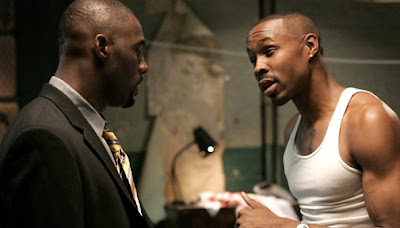 Yet another consideration when doing your weave: How thematically similar will A, B and C storylines be?  If they have nothing in common, the episode might feel random and meaningless.  If they’re too on-the-nose similar, then viewers will roll their eyes and groan.  In too many “Modern Family” episodes, they ladle on the voice-over at the end to hit us over the head with the thematic similarities.

If you want to see it all done masterfully, on the other hand, watch the recent “Mad Men” episode which intercut four different storylines over the course of one night that all had the same jumping off point: news reports of Richard Speck’s murder of eight student nurses.  We saw four very different ways that characters can deal with their fears of becoming victims and/or victimizers, effortlessly interwoven so that they all reached devastating conclusions the following morning.   Now that’s great TV.

Well folks, this was going to be the last one, but then I saw a new pilot and I kept shouting at the TV about stuff it was forgetting to do, so we have a few more coming...
Posted by Matt Bird at 6:32 PM

I've never understood why comedy writers don't work harder on a surprising and inevitable weave. It's the single most satisfying and funniest thing to me in my favorite episodes of shows like SEINFELD and THE SIMPSONS. A funny collision/resolution of the stories is always funnier than any additional gags or dialogue you could spend your time writing.

I haven't seen THE WIRE in a long time but I remember Season 3's Hampsterdam experiment as being confined to one block in one precinct. So there would still have been plenty of turf to war over. Not to mention who was allowed to be making money in the free zone. The corner boys weren't supposed to fight each other there. But that doesn't mean their bosses were willing to give up their dreams of monopoly.

Two of television's great pleasures these days both hit right after an episode of MAD MEN.

(The second great pleasure is watching the "scenes from the next MAD MEN," always a nonsensical rapid montage of disconnected exclamations. It's almost surrealist poetry. You can almost hear Weiner, et al. laughing: "You want scenes from next week? Have 'em!" Rarely has an upraised middle finger been so obvious or so amusing.)

Ha! I've already had two separate conversation this week about how much I love that aspect of "Mad Men!"

I was watching a different show with a friend and got annoyed about how much they were giving away in the "next on" segment so I said, "Why can't they just do what 'Mad Men' does: show just enough footage to let us know that yes, they do have another episode in the can and various enigmatic things happen in it!" That's all I need to get my curiosity going.

Rena and Mark said...
This comment has been removed by the author.
11:30 PM

I agree with j.s. completely--Seinfeld and The Simpsons are great for a huge range of reasons but prime among them is the ability to connect their stories in surprising and hilarious ways, not just thematically but practically.

I think j.s. is also right about the Hampsterdam plot in The Wire - I remember scenes were Bunny is trying to show that what is going on in his precinct should be emulated throughout the city. After all, if the violent crime in the whole city disappeared, surely the police and politicians would have had a lot more to answer for killing the project.

That said, I haven't seen the particular episode Matt mentions in a while and he may have a point that the stories don't play well off of each other.

Yeah, it's not that I was unable to reconcile the two plotlines in my head (I assumed that they were talking about two different parts of town, although I got confused again when Bodie's crew set up shop in Hampsterdam) but basically I just wanted a few more scenes in which the two plots intersected--

i.e. McNulty realizes that the decrease in crime around Hampsterdam is being offset by an increase of crime in Avon's turf and sees that this is keeping the politicians from realizing how much good Hampsterdam is doing, or something like that.

But as it was, it just felt like two stories that were each maintaining their own trajectory without interacting as much as they should have, if only as ironic counterpoints.

Don't get me wrong, it was still a great season.