How to Create a TV Show, Part 14: The Heroes Must Have Competition 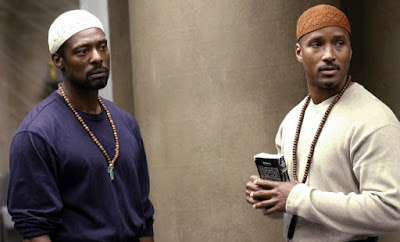 I’ve said before that anyone can be a hero, but nobody can become a hero by doing what anybody would do.  A hero must choose to take the road less traveled, and that must make all the difference.

In TV dramas, our heroes represent one way of solving the problem but they can’t represent the only way, or else we have no reason to root for their way to succeed. We’ve talked about the need to create a team of polarized protagonists, who represent different ways of tackling the problem, but this is different: there must also be a countervailing force that represents a competing point of view, against which our heroes are defined...
This was really driven home by watching the pilot of “NYC 22.”  Our heroes are hapless rookies cops who don’t have any competition.  At one point they’re doing a “stop and frisk” and one of the targets makes a brief protest about the dubious nature of this tactic, but it goes nowhere, because ultimately, there’s nowhere else for these people to turn: the cops are the only representative of “order” and everybody else (including gangs and that lone complainer) just represents “chaos”. 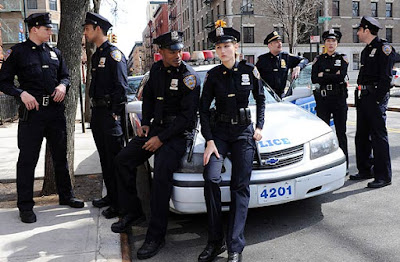 The heroes of “NYC 22” are a force for justice, but they should also represent a philosophy of justice, and that philosophy should have competition, which would give the show some thematic bite.  This brings me to the idea of a show’s statement of philosophy and/or theme, which we’ll tackle next time…
Posted by Matt Bird at 6:34 PM

"Our heroes aren’t just solving the cases, they’re making the case for a certain way of looking at the world." This is maybe the single best sentence I've ever read about the essence and enduring appeal of detective fiction. This is why readers/viewers never get tired of a detective who is a truly great character, who embodies both a way of living and a philosophy of problem solving.

Glad you're writing more about theme. The longer I do this, the more I've come to see theme as not some kind of afterthought that magically arises from a finished story's assembly of all its other more important parts but maybe _the_ most important part -- the spine and foundation of the whole. Someone who doesn't know what s/he's writing about thematically risks all kinds of mistakes and wasted time that could otherwise be avoided. And someone who ends up writing in the absence of theme altogether risks total indifference from the audience.

I'd like to once again recommend the best book I've read about theme, Brian McDonald's INVISIBLE INK -- well worth springing for a paperback copy on Amazon, but also available in a free on-line version at the link below:

The one other thing I'd add is that all this talk of layering and competing agendas and worldviews makes me think both of John Le Carre and David Simon, who are tops in my book for capturing this effect as it applies to institutions. Simon's greatest insight is maybe that every institution, in order to even get a chance at bat solving problems must first and foremost defend its right to be and perpetuate its power and influence, the very task of which often comes to overshadow all other motivations, including, of course, the very reason the instituation was founded to begin with.