How to Create a TV Show, Addendum: Create Sparks 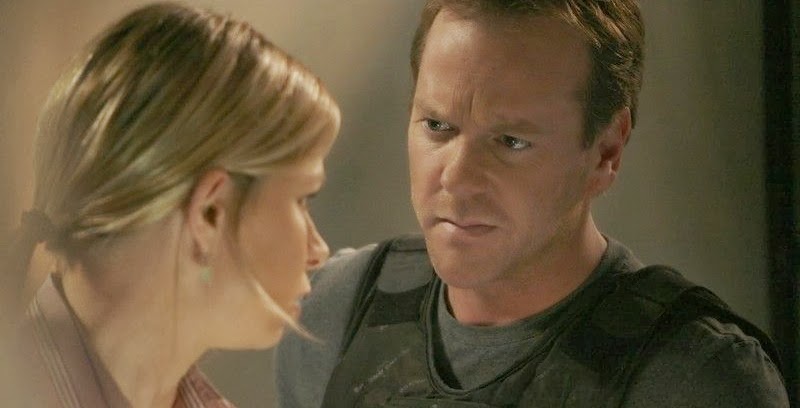 Two long-running shows had their big series finales the same week. As hard as it is to believe now, I still thought “Lost” would pull out of its skid and deliver a powerful, tear-jerking finale…but I had no such hopes for “24”. So imagine my shock when the “Lost” finale just made me want to spit on my TV screen, and the “24” finale actually made me tear up a little bit! It was, of course, this line from Jack to Chloe…
As we discussed yesterday, “24” had a big problem: the exposition scenes at CTU were lifeless, putting too much of the show’s burden on Jack’s adventures in the field. Then the show made an unlikely but inspired casting choice, hiring “Mr. Show” vet Mary Lynn Rajskub to play a prickly new computer tech. They probably assumed that, like most other CTU employees, Chloe wouldn’t last a full year, but instead, she proved the value of a livewire character.

We’ve already discussed the value of creating potential energy, the need to have an at least partially polarized ensemble, and the need to have an unsafe space, but now I realize that there’s a fourth factor at the intersection of these three. You need electricity. You need characters that can’t help but spark off each other…or one character who can’t help but spark off of everybody. Here are some ways to do that…
The great thing about Chloe was that she could make whole chunks of exposition interesting: she would deliver dialogue about computers and protocols with such withering contempt that it was fun to watch (and meanwhile told us everything we needed to know.)
Posted by Matt Bird at 8:00 PM

This post makes me think of two other abrasive but competent characters who vitalize their respective shows: Sherlock Holmes on BBC's Sherlock, and Sheldon Cooper on Big Bang Theory. They keep the other characters spinning, which is the most interesting part of each show. In fact, in Sherlock, the dynamic relationships have come to overshadow the mystery plots.