How to Create a TV Show, Part 3: Network, Cable, or In Between?

Now that you’ve made your first three decisions, it’s time for the big one.  Again, you might ask: is this even up to me?  After all, you can’t control who will buy your spec pilot (on the very off chance that you sell it), and there are plenty of examples of shows that were originally developed for network but ended up on cable (“The Sopranos”) or vice versa (“Swingtown”).

But no, you do indeed have to make this decision beforehand, for two big reasons: length and act breaks.  The length differential has gotten severe: it used that network dramas were about 52 minutes long, but now they’re only 41 or so.  Comedies have gone from 26 minutes to 20.  This is a brutally short amount of time to tell a story.

But then it gets worse: if the commercial breaks had merely gotten longer, that would be bad enough, but they’ve also chopped them up more and more, so we now have up to six or seven short commercial breaks in an “hour” of dramatic programming, and three or four in a “half-hour”.

In addition to boring your DVR-less viewers to death, this gets to be a problem because of all the “act-outs.”  Generally speaking, you want to cut to commercial on a dramatic revelation or cliffhanger.  These so-called “act-outs” will keep the viewers on the edge of their seat until you come back.  One reason that network dramatic TV has gotten pulpier in the last ten years is that you now need six hyped-up cliffhangers per episode, instead of three.

So the appeal of writing a show specifically for HBO or Showtime should be obvious: you get a full hour or half-hour with no artificial-drama act breaks.  Plus you get to curse and show nudity!  (Although more and more “edgy” network pilots include these things in their script as well and just assume that it’ll be bleeped or fuzzed out.) 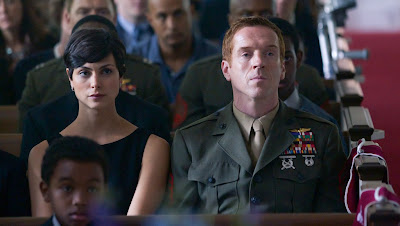 But beware.  As I said two days ago, the whole point of a spec TV episode is show that you can work within rules and limits.  The fewer limits you give yourself, the less impressive you’ll look.  And do not write a standard sitcom or cop show and declare it to be a pay-cable show just to avoid the restrictions.  If you’re aiming for cable, you need to have a dark, unique, adult show, preferably with a killing and some nudity.  Even  “Homeland” was required by Showtime to have a lot of nudity in the first few episodes, even though that has little to do with the show, then they were allowed to taper off afterwards.

Besides, hitting all those act breaks can be kind of fun.  It gives you a firm structure and allows you to keep things fun and zippy.  First you figure out the act breaks and then rest pretty much writes itself. (And, in truth, you can cheat a little bit and stick to five act dramas or three act comedies, and it’ll still feel right to the reader.  Just don’t write an old-fashioned four act drama or two act comedy.  They’ll notice that.) 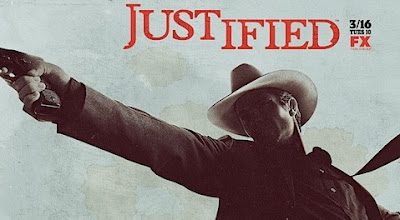 As with our previous examples, the best answer may be in-between.  Many writers these days aim their spec pilots at the FX / TNT zone: more darkness and sophistication, some cursing and semi-nudity, but still enough act breaks to show you know the rules.  Are we ready to start writing?  Not at all!  Another big decision when we come back…
Posted by Matt Bird at 6:30 PM

So that's why SWINGTOWN was so terrible. Because the only thing going for it was the nudity, so cable didn't want it because it was unsophisticated to the point of having nearly zero substance, like THE ICE STORM's idiot brother. Then when a regular network unbelievably went for it probably because it seemed "edgy" there was nothing left at all because it could hardly be as visually uncensored or verbally frank about sex as it would have been on cable.

Like so many CBS shows, I thought Swingtown had some promise that was squandered before it ever made it to air, killed by CBS's infamous notes. Clearly, it was a bad fit.

After Showtime developed the show and then turned it down, I think somebody at CBS looked at it and merely thought: "It's about the couples who moved to the suburbs in the '70s? Great, those are the people watching CBS today!"