How to Create a TV Show, Part 15: Establish the Philosophy And/Or Theme 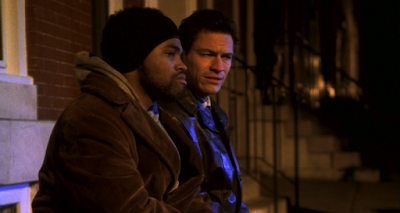 We talked last time about how TV heroes can’t just do their jobs the way that anybody would, but rather they need to represent a certain philosophy of how to do that job, and there needs to be a competing philosophy that helps define them. This means that one of jobs of a pilot is to state that philosophy.  Or…if your show is more about unintentional rather than intentional effects, then you need to state the overall theme.

Two examples I’ve already talked, both last time and here, are the pilots of “CSI” and “House” wherein the heroes make nearly identical statements along the lines of “The suspect/patient will just lie to the me, but the science won’t”.  That’s their philosophy and they’re sticking to it.  Every week this philosophy will be challenged by both villains and sympathetic characters, but most of the time it will prove to be the right choice.

Even though both of these shows had some darkness and ambiguity to them in their early seasons, both have always primarily aimed to be entertaining, rather than literary, in their appeal in that they deal primarily with intentional effects: the hero sets out to make an change on the world and succeeds.

Shows that are more literary in their appeal, on the other hand, are shows that are primarily about unintentional effects.  The heroes on these shows may have philosophies, and they may get what they want at the end of some of the episodes, but the real reason we’re watching to empathize with the tragic irony of their situation.  In pilots of this type of show, you may or may not have a statement of philosophy, but it’s more important that you have a statement of theme. 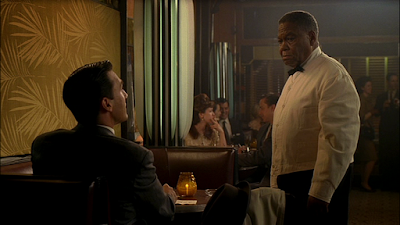 As with the last rule, this one came to me while watching the failed pilot for “NYC 22”.  The show begins with everybody getting on the subway and going to work, looking all steely-eyed and committed, while a hip-hop song tries in vain to set the mood.  No statement of philosophy or theme.  The show isn’t about anything.

I guess we need to go back to the list of basic questions we asked at the beginning of this process and add one more: Is your show primarily aiming to be entertaining or literary, which is to say, will it be primarily about intentional or unintentional effects?  If it’s the former, you’d better give your heroes a statement of philosophy.  If it’s the latter, you’d better at least give the show a statement of theme.

Okay, this series finally ends tomorrow with the final of the three rules I tacked on after watching “NYC 22”.
Posted by Matt Bird at 6:48 PM

The best part about that first scene from THE WIRE is that David Simon didn't have to invent a single word of it. It's ripped off verbatim from his own nonfiction book HOMICIDE. It's such a funny and odd anecdote that, like all the best statements of theme, can be read in a number of different ways. I like the way you've put it.

There's also the feeling of America itself as a kind of common criminal enterprise, a set-up and a sucker's game, where the best a little guy has to hope for is a chance to play a hand he's destined to lose or to risk his life foricbly taking what little everyone else around him has.

I'm not sure I agree about MAD MEN, though I'd have to go back to the pilot myself as it's been a while. "People refusing to change while the world changes around them" is certainly the Matthew Weiner worldview -- as you noted in an earlier post it's even evident in the seasons of THE SOPRANOS he ran. But is it the controlling idea of MAD MEN?

I also don't see Don Draper's statement of philosophy as merely or chiefly self-destructive or as unimportant to the series. It's this kind of practical existentialism that's allowed him to thrive in a business that traffics in of-the-moment appearances. And it's his fantasy that he can exist alone, without the support of others, that is consistently challenged by his relationships on the show.

Of course, it seems more important for the writer to have a theme(s) than for that theme to be easily intelligible or reducible to a pithy statement.

What about something that straddles the art/entertainment line? Is there a good example of a show like this and the way its theme or philosophy works differently?

I haven't looked at this blog for a few months, but I was reviewing my own blogroll and came to check it out. Wow! I forgot what good work you do! I don't have time to go down the rabbit hole now, but I know I will be recommending this to my film students come fall semester.

J.S.-- Actually I would say that "The Wire" itself somewhat straddles that line: our heroes do eventually figure out a different and better philosophy of crime fighting and they do largely achieve what they set out to do in most of the seasons, but nevertheless the result is always more unsatisfying and ironic than they would like it to be.

Also please note a 15 Minutes Project callback: Both shows begin with our heroes having friendly conversations with black men who are never seen again!

I just spent some time on your blog, Lockhart, (24timespersecond.blogspot.com/) and really enjoyed it-- your wit is certainly a bit more lacerating than mine: "DiCaprio & Hammer with slabs of veal glued to their faces" indeed.