How to Create a TV Show, Part 4: Serialized, Procedural, or In Between? 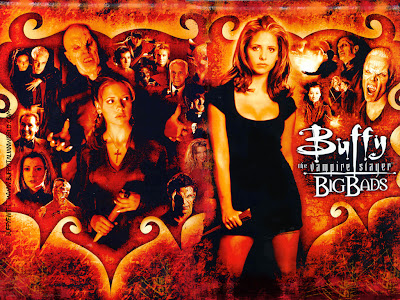 If you’re creating a drama, this is your next major dilemma.  The pendulum swings back and forth mightily on this one, so at any given moment, networks tend to be hot on one and cold on the other.

The appeal of pure- procedural shows like “Law and Order” or “NCIS” is obvious: they’re ideal for syndication.  Only hardcore Law-and-Orderlies like myself (okay, maybe I just made that term up) can tell which season we’re watching when an episode comes on TNT, and even then we don’t really care. (As long as it’s not an Elizabeth Rohm season).  As a writer, you get to tell satisfying, self-contained stories instead of constantly handing the football off to the next writer.

The appeal of almost-entirely serialized shows like “Lost” or “Breaking Bad”, on the other hand, is that fans feel far more compelled to show up every week during the show’s first run.  The writer gets to create deeper, richer characters who are allowed to grow and change over time.

The danger with writing a pilot for a serialized series is that you’ll be doing a lot of set-up with very little pay-off so it might not be a very satisfying read.  The danger of writing a procedural is that it’ll seem too pat, tidy and old-fashioned.  Once again, you guessed it, the sweet spot is somewhere in between.

It used to be that a show had to be one or the other, but “Buffy the Vampire Slayer” changed all that, by creating something called “the big bad.”  Basically, almost every episode features a stand alone-monster of the week, but little clues mount up every week implying that there is an unseen villain contributing to much of the evil over the course of a season.  Finally, Buffy would confront the “big bad” in a conclusive two-part season finale. 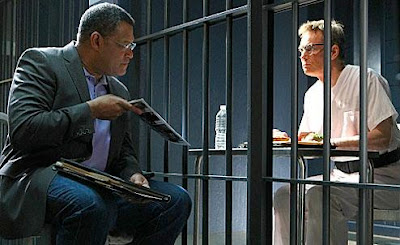 As this format became more and more popular, it even started to take over pre-existing shows: “CSI” was a pure procedural for the first four years, but ever since they’ve added a recurring serial killer who finally meets his fate in each year’s finale.  Unfortunately, as the trend has spread, it’s moved on from being satisfying season-long arcs to endless multiple-season teases (The mentalist has apparently sworn to never remove those silly vests until he catches that dastardly Red John.)

And yet, the format is appealing for spec pilots.  Your best bet is to resolve one self-contained story, and then end on the revelation of a clue that opens up a larger mystery and sets up a season-long plot, so as to show that you’d be able to keep viewers coming back every week.  (And get the network execs salivating to see episode two.)
Posted by Matt Bird at 7:00 PM

Love the way you put it in that last paragraph. Since, like you, I'm fond of thrillers but also bored by most strictly stand-alone structures of TV storytelling, this seems ideal.

I don't know why but I've been thinking about how crucial it is, if you're telling some kind of adventure/thriller/crime story to establish the danger and high stakes of your world in the first episode. You've talked about how the CSI pilot does this before. I also dig the way THE SHIELD's pilot ends and how they show us this so elegantly in THE UNIT, where they take the new guy to meet the team's gunsmith, who used to be on the team and likely still would be...but for the fact that he's now in a wheelchair.

I read several of the pilots being made this year, and spotted an ugly trend starting. (It began, as far as I could tell, last year.)

A show would set up some sort of team, and then within the final three pages, one member of the team would be on a secretive phone call revealing that he is a conspirator. The person on the other end of the phone was never revealed.

(You can see this in the pilots of Grimm and The River.)

It's cheap, and on top of that, the better pilots are kind of ruined by this because the writers had already set up other interesting stories. I suspect that this has trickled down as a mandate from the studios, but can't really say.

What I can say is that it always feels really empty.

Um, one of my spec pilots ends that way. Awwwwkward.

It's in the way that you use it.

I remember reading about Peckinpah deciding to blow up that bridge in THE WILD BUNCH. A couple of his longtime collaborators were like "Sam, that's such a cliche. We've seen that a bajillion times before." And he said simply: "Not the way I'm gonna do it."

I'm guessing that intrigue and betrayal are a more natural fit for the world of Matt's story than some of those other pilots Anonymous read.

Maybe those pilots don't do it well, but in the abstract, I can't really understand the employment of this kind of staple of genre fiction being called "an ugly trend" until you see how it plays out. Some of my younger friends actually scoffed at the lines in the TINKER TAILOR trailer about "a mole at the heart of the Circus" because they felt they'd seen it before. Well, not the way Le Carre's gonna do it.

I suppose this also reminds me of what I want from every new pilot I see: Even if it tells a relatively self-contained story, I want it to be like the first chapter in a (potentially) great novel.

I'll tell you why I think it's an ugly trend.

I don't think that the "big bad" is in any way an ugly thing. I think it has made many shows better. And the big bad can be many things. Aliens, serial killers, a pending war in the seven kingdoms (which is sort of a bigger bad over a serialized show). These things are great, and they require the writer know what the bigger bad is, and that it is hinted at in the pilot.

But putting someone on the phone at the end of a pilot and not revealing who they are talking to requires nothing. The pilot can literally be written, filmed, and then the studio can send the second unit director off with some actor and film the scene.

In fact, the pilot for Grimm did not originally have this scene. But somewhere in the filming the scene showed up.

The ugly trend isn't the conspiracy, or the scene. It's the lazy planning. It's the sense that "we can just throw this in."

OR, worse, it's a sense that we viewers are so feeble that we will sit and watch and wait for a conspiracy to be revealed, like it is something shiny. Is an underdeveloped conspiracy better than just creating good characters that we want to watch?

And this is where it gets ugly. I read a pilot this year -- I don't want to mention it by name, sorry -- where the characters were already interesting to watch. I was already hooked, when on the last page... the phone call. The couldn't even trust that they had done a good job to hook us, so they put this in. So disappointing.

I actually agree-- it can be a lazy crutch. One key difference in mine is that we DO know who's on the other end of the line.

On the other hand, in the first issue of "Teen Force", the comic book I wrote when I was 10 (my 13 year old brother did the art) I ended the story with a an over-the-shoulder shot of someone watching the end of the battle on a screen and plotting against the Teen Force. To this day, I have no idea who that was supposed to be (we never did an issue two, sadly). I just knew that that would be a good way to juice the ending.