How to Create a TV Show, Addendum: Give Your Main Hero a Flaw That Resonates With the Setting and Theme of the Show

TV heroes are more flawed than ever these days, and I’m totally cool with that. Dr. Kildare is our and Dr. House is in. But some shows seem to have missed the point. You can’t just reach blindly into a grab bag of flaws and randomly apply one to your hero. The most egregious offender is the disappointing FX series “The Bridge”.

Lots of people have tried to get shows about the border going for years, and this one looked like it had a winning formula, but I found the show to be grating, largely because of the tick-driven performance of the Diane Kruger, who plays a detective with a pretty series case of Asperger’s.

There are a couple of problems with this:

First of all, it literally makes no sense that she would keep her job. This is post-employment America, where people get fired at the first hint of a problem and replaced immediately from an ocean of the overqualified. Increasingly heartless employers have zero tolerance for any sort of abnormal behavior. We no longer live in a world where people shrug and say “Whatcha gonna do, we can’t fire ‘em.”*

But more importantly, it makes no sense thematically. Yes, it’s great when TV heroes have flaws, but those flaws should resonate with the setting and the theme. 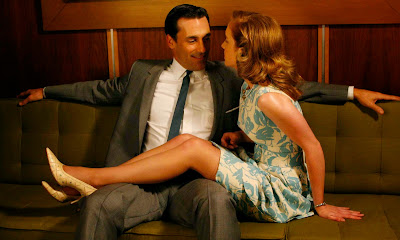 They should have problems that are inherent to their role in life: 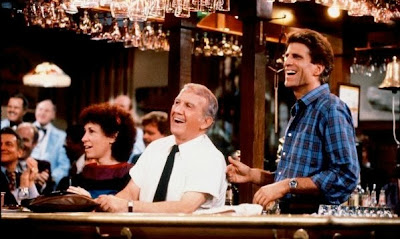 It’s even better when their flaw makes their workplace an especially unsafe space for them:
There are lots of interesting flaws that Kruger’s character on “The Bridge” could have had:
There were dozens to choose from. But Asperger’s? That’s just random. Asperger’s + the border = nothing. The internal struggle doesn’t relate to the external struggle, the plot never collides with character, and the show never comes alive.

Unless your show is on CBS, your main character needs a big flaw, but please to make sure to choose a flaw that resonates with (and is magnified by) the setting of the show.

* But wait, what about Monk and Sherlock Holmes, who were just as twitchy?  Didn’t they get to solve crimes? Yes, but they weren’t police employees.  They were specialists who were brought in on hopeless cases where the value of their insights outweighs the liability of their neuroses.  The heroine on “The Bridge” is full-time and taking any call that comes in!

For me the biggest problem with THE BRIDGE is that it's an adaptation at all. It doesn't just mindlessly transpose high functioning Aspergers (which I could take or leave), but also an inane "all part of the villain's plan" revenge plot from a third-rate Scandinavian thriller. Here I thought the show would actually be about, I don't know, the U.S/Mexico border. Specifically the massive inequalities (in wealth, opportunity, rule of law, public safety). I thought we'd see a murder investigation that opens up the can of worms that is the missing girls of Juarez. Supposedly that's what season 2 will be about. But they really blew their chance to make something great right off the bat.\

As for the cop's autism, it is played as both an ironic help and a hindrance to her detection. Her unique mind cuts her off from the social cues the rest of us take for granted but also allows her to see patterns in crime scenes and evidence that others overlook.

Yes, but that's how it works on "Sherlock" and "Elementary" and "Alphas", too, (and for that matter, that's how Carrie's Bipolar works on "Homeland" as well, from which "The Bridge" borrowed its showrunner). I guess it's kind of neat (albeit very overdone on TV right now) but it's just too much of a distraction, given that it has nothing to do with the larger themes of this particular show.

There's an aspie on THE BIG BANG THEORY, but I haven't watched it enough to say whether that flaw embodies some kind of fundamental thematic dilemma. So what would be the ideal situation for a detective with mild autism? The most current neurological research suggests that there might be some kind of empathy continuum in the brain with autism (unable to read others' emotions but still able to care) on one end and psychopathy (able to read/reflect others' emotions but unable to care). So what about an aspie detective on the trail of a psychopath?

Well of course, the original was Sherlock Holmes, long before the syndrome was diagnosed.

This is the brilliance of the "consulting detective" conceit (also seen on "Alphas" with autism, "Monk", with OCD, and for that matter, on the second season of "Homeland", with Bipolar, after Carrie got banned from official service)

The whole idea is that the officials in charge are saying, "We're stuck. What is it here we're not seeing?", and then they have bring in someone who sees things differently, even though they understand that the difference in cognition has pros and cons.

That, right there, is the metaphor: sometimes we all have to leave our comfort zone and see things differently, so these stories where it's impossible to solve a crime without consulting someone with a cognitive difference, is the bigger-stakes version of that.

As for sitcoms with Asperger's-like characters, such as Big Bang Theory or Community, both shows are about misfit groups learning to socialize for the first time, so it's natural to have someone with Asperger's as the ultimate example of struggling with that.

But "The Bridge" isn't about socialization, or missing what's right in front of your face, it's about a socio-economic situation. It's not hard to guess what happened: TV execs have lost all interest in socio-economic problems and they've fallen in love with mental issues, so you can imagine them rolling their eyes when the producers talked about the very real problems on the border, then suddenly coming to life when the producers mentioned the Asperger's aspect of the show ("Hey, great, let's focus on that!") despite the fact that it didn't resonate with the setting.