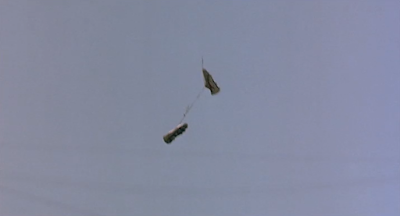 The book begins with a great example of information inferior. The first line is “There is no lake at Camp Green Lake.” This isn’t Stanley talking to us, it’s an omniscient narrator telling us something he doesn’t know. Only when we’ve been told omnisciently about the camp for a page do we meet our hero and switch to somewhat-limited third person narration. Once we’re privy to his thoughts, one of the first we hear is this: “Now Stanley tried to pretend he was going to Camp Fun and Games. Maybe he’d make some friends, he thought. At least he’d get to swim in the lake.”

Ouch! We care so much when we read this! We know a horrible fact that he doesn’t know, and we feel anguish to anticipate the pain that we know he’s about to have. Our information superior position adds emotional impact. We wish we could tell him what we know.

But we’re also in an information inferior position to Stanley in some ways. As I said before, he’s stoic, so he’s not stewing in thoughts of his false conviction, and the narrator isn’t in a hurry to reveal all either. I had to include six chapters in my sample to get the crime in there.

What effect does that have? If it had been poorly done, we would have gotten annoyed, but instead we’re intrigued. Bits of info are parceled out steadily enough to keep our interested whetted. At one point it seems the narrator is about to tell us before he gets distracted. Here are two one-sentence paragraphs:


The narrator is jostled out of his train of thought, forcing us to wait for two more chapters. We enjoy this. We want to know, and we enjoy craving it, at least for a while. We would get annoyed if we had to wait ten chapters, though.

But of course, for most of these pages, we’re in an information equal position. We are given some details of the camp before Stanley gets there but we still meet Mr. Sir and the other campers perched right on Stanley’s shoulder. This should always be the default unless you’re looking to create an effect like the two listed above. It would alienate and annoy us to be introduced to everybody by the narrator before Stanley met them, or to be denied too much access to Stanley’s thoughts.
Posted by Matt Bird at 12:00 PM

"Bits of info are parceled out steadily enough to keep our interested whetted."
I love how expertly we're drawn into the story with those carefully doled out bits of information, like a carrot in front a donkey: "Well, I'll just keep reading till I find out what he did..."
It also reminds me of Lee Child's advice to ask a question on the first page and make the reader wait till the last page for the answer.

Following this analysis and enjoying what you're pulling from it.

Sachar is doing such a challenging thing in writing a tall tale and an actual novel at the same time -- and his skill in pulling it off is pretty awe-inspiring.

I've got a protagonist who's a bit of an anti-hero like Stanley and you've given me some ideas on how to build more investment.

Thanks for sharing this work