The Book that Breaks All the Rules, Part 5: Commit to your Genre 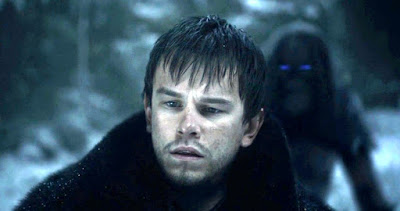 Martin has an odd relationship to his genre. We begin with a raid north of the Wall where our rangers are killed by zombies, who are pretty clearly supernatural (with maybe a 1% chance that it’s not supernatural.) Much later, we get another zombie attack, this one more clearly supernatural. Finally, we end with dragon eggs hatching. But that’s only 3 out of a whopping 72 chapters. In the other 69 the drama is mostly socio-political. Occasionally magic beasts will come up in conversation, but they always seem to have the status of dubious legends. Every time someone mentions fairy folk or giants existing years ago, there’s another character to ridicule the whole idea.

So who is Martin’s ideal reader? Is he writing for those who prefers the realistic push and pull of historical fiction, or does he truly want to be the American Tolkien and fully embrace his fantasy setting? Is his biggest influence not Tolkien but, as he has intimated, the French author Maurice Druon, author of the “Accursed Kings” historical fiction series?

You’re supposed to establish a genre in the opening pages and then consistently deliver the familiar pleasures of that genre. You’re supposed to assure one type of reader that you will satisfy them and then pay off that promise.  That first scene breaks the rules.

Does he get away with it? Pretty much yes. I know that there are some readers who put the book aside when they realize that they’ve been falsely led into reading a socio-political book, saying, “Eh, not enough magic.” But for most readers, it’s actually kind of cool: Yes, he’ll give us some magic, but he’s also confident in his ability to make the intrigue just as interesting while we’re waiting, and we enjoy those 69 chapters just as much as the other 3. We get just enough genre thrills, but spend most of the book feeling like we’re maybe smart and sophisticated enough that we don’t need them.

But there’s definitely a tension: Martin sets up a situation in which zombies and dragons are on the very fringes of the narrative, literally and figuratively, but he also tells us that he comes to sing to us of ice and fire. Much is made of the fact that the zombies and dragons will play a bigger and bigger role in later books, even though they’re barely glimpsed here.

Yesterday, I proposed one reason Martin has been slow to turn out more books. Here’s another: Maybe he never really wanted to write about these magical creatures, and included them only to sell his fictionalized history to the fantasy crowd, but he’s set up a situation where he’ll have to write that stuff more and more, and he’s just not interested in doing that. Let HBO handle that stuff.
Posted by Matt Bird at 8:00 PM

Labels: Game of Thrones, How to Manage Expectations, Prose, Straying From the Party Line, Tone