Rulebook Casefile: Why Do We Like Stanley in “Holes”?

(I’ll be illustrating these with still from the movie, for lack of a better option, but it’s less than ideal, partially because skinny Shia is miscast.  Still, it would be too much to ask of a teen actor to lose all that weight, so it was probably the best solution.) 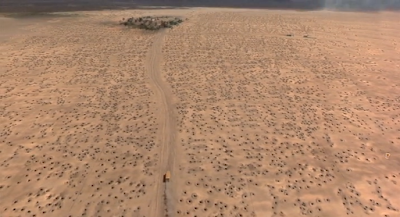 In my book, I talk about how the first three jobs of a writer are to get the reader to believe in, care about and invest in the hero, so let’s look at how “Holes” does this, which is somewhat tricky for a few reasons:

The best way to get us to believe is though specificity and unique details that sound more like real life than fiction. But this book has a tricky genre, the tall tale, so Sachar is never going to ask us to fully believe in Stanley Yelnats as a non-fictional character. He has a silly name. His father is an inventor (which is common in kids books but not in real life). He was sent to prison because stolen shoes fell out of the sky and hit him in the head (though that is later explained). We’ll always see Stanley more as a fictional character than a real character. So in service of his genre, Sachar has to stint on believability, but he makes up for it with caring and investing.

On the other hand, it’s easy to care about Stanley: He’s going to a brutal prison camp for a crime he didn’t commit, and, what’s worse, he’s poor. He’s never been to camp and hopes this will be fun, which breaks our hearts.

Investing is also tricky, but the book pulls it off nicely. The easiest way to get us to invest is to have a hero be badass or defiant, but Stanley doesn’t try to escape and he doesn’t sass back. Nevertheless, he’s got something we love: secret honor. He’s stoic about what’s happened to him, and he never insists he’s innocent in these pages, either when dealing with his jailers or his campmates. Even the thoughts we’re privy to through limited third-person narration don’t complain about it. He’s accepted his unfair sentence and he’s prepared to serve it without complaint, and that, in its own way, is a type of defiance: He’s not going to show any weakness.

He also tells us that it’s a family trait to be hopeful, so we sense that we’ve got the right hero to help us survive this prison camp. If he was depressive, we wouldn’t want to go to this miserable place with him.

Next time, we’ll look at a villain introduction and how it also hits believe, care and invest.
Posted by Matt Bird at 8:00 PM

Also in Stanley's favor is that he demonstrates compassion even while being dumped upon. When the bus driver complains about driving back for hours in the heat, Stanley feels bad for him.

Character is clarified by moral reactions made under stress. When pressed, Stanley still maintains a level of decency and concern for others. Since this is right at the start of the book, his moment of empathy forms our initial impressions of his character. If and when he makes jerkass decisions later, we'll interpret them in light of our earlier knowledge that there's a core of decency beneath it all.

Plus, we all see ourselves this way: put upon and trying to remain good people regardless. Stanley succeeds in a very quiet, minor way, and we are drawn to that.

I do underestimate the value of good old-fashioned goodness in my algorithm, because I think most writers overvalue it, but you're right, it goes a long way here.