What I Wish I'd Heard at Graduation: Take Any Writing Job (And Two Rulebook Casefiles) 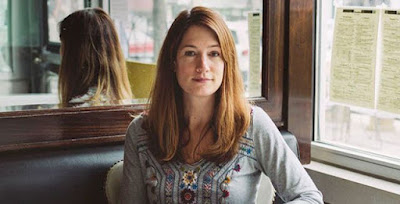 Gillian Flynn doesn’t have an MFA. From a profile in Elle:
If you imagine yourself as a great novelist, then writing reviews for Entertainment Weekly (not even the New Yorker!) might seem like too much of a comedown, but for Flynn, it was the apprenticeship she needed. What’s a huge part of writing reviews? Coining unique adjectives and similes! You don’t want to say, “I liked it because it was good.” You want to say what it was like.

Every writing job gets you writing, and the more manipulation of words you do, the more facility you’ll have.  If you must get a graduate degree, do what Flynn did and get a journalism degree.  Unlike MFAs, journalists learn to write on deadline, listen to real speech, and crystalize it into just the most interesting bits.

This leads us to two Rulebook Casefiles: Give Every Hero a Part of Yourself and Tap Into Real Life National Pain.

Of course, the problem with the advice I’m giving you is that these jobs are now much fewer and farther between than they used to be. But of course that change is a big part of this novel. Flynn has gifted her backstory to her character Nick, and by doing so, she’s tapped into a real source of national pain: the death of a huge sector of the economy due to the rise of the online space, culminating in a total wipeout with the 2008 crash.

Indeed, I learned a lot about writing by writing reviews but I was part of the problem: I gave away my reviews for free on this blog. I would have loved to have made the jump to writing paid reviews, but nobody was hiring because the magazines were failing because they couldn’t compete with free content like mine!

Flynn knew her pain was real, and widely shared, and that she could bestow it upon her character to make him real, and more meaningful. Giving your own life away is the greatest gift you can give your characters (And then, once you gift them your real past, you craft a present that is more interesting than your actual present. You don’t want to get too realistic.)
Posted by Matt Bird at 12:00 PM

Labels: Gone Girl, How To Get Ahead