Storyteller's Rulebook #182: Cut the Dull Bits Out (And Keep the Personality In)

Chicago journalists Charles McArthur and Ben Hecht broke into playwriting with a newspaper-themed play called “The Front Page”. McArthur then went out to Hollywood to tackle the challenge of writing dialogue for movies, which had just added sound. He soon sent a telegraph back to his old writing partner: “Hecht, come quick, fortunes to be made and the competition are idiots!”

Of course, the would-be screenwriters of the time weren’t really idiots, per se, they just didn’t have the skills that journalists had spent a lifetime mastering:
This brings us to a skill that would be summed up years later by Hecht’s collaborator on Notorious, Alfred Hitchcock: “Drama is life with the dull bits cut out.” Writing with verisimilitude is tremendously hard, and once you have a conversation that captures the feel of real life, it’s tempting to pat yourself on the back and call it a day…But your job’s only half done: you have to then cut the scene down to just the good stuff.

Great journalists can catalogue 2000 facts about a person’s life, then choose just the one detail that tells you all you need to know right away.  Here are some favorites, paraphrased from memory:
Just look at how much specific detail is packed into that tiny description of Tenet: The stick, the spaldeen, a street-level world where distance is measured in sewer grates. Even better, you can practically feel Tenet’s humble working-class determination and exuberance. 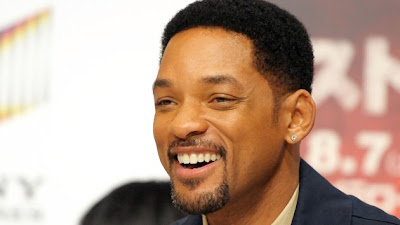 What made me think of all this was that I was just reading the Entertainment Weekly Summer Movie Preview, and they have short little sidebar interviews with lots of different movie stars. It doesn’t occur to you as you read these that each one was chopped down from a larger interview, but of course they were. Presumably, each uncut interview began with the question “Hi, how are you?”, which got a bland response, so it got cut out… except for one:
In that one case, they left that question and answer in, because it’s packed with character. Even if you’d never seen a Will Smith movie, you’d fall in love with the guy right there.  Journalists make great screenwriters because they know how to hit us with a surgical strike of personality ...and snip out all the rest.
Posted by Matt Bird at 6:28 PM