Storyteller’s Rulebook #152: Give Every Hero a Part of Yourself 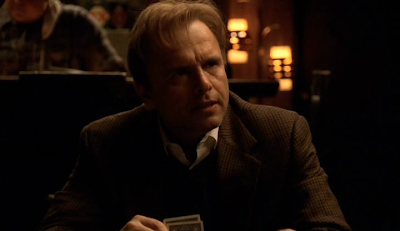 In each of the first three seasons of “The Sopranos”, Tony got stuck in a rut until a crisis was forced upon him by the death of someone in another mob family, the Apriles. Now it’s Season Four and sure enough, Tony is once again having Aprile trouble, albeit with an in-law. This time, it’s Joe Pantalino’s Ralph Cifaretto that has to lose his head.

But the writers of the show have a problem. They want us to be shocked and upset by Ralph’s violent death at the end of the episode, but Pantaliano is so good at playing bad that by this point in the season the audience can’t wait to see the guy get whacked! The writers realize that, before they kill him off, they have to find a way to re-humanize this weasel, just enough so that we’ll feel bad for him when he gets it.

This is one of the hardest things for a writer to do. Little universal moments of humanity that make an audience instantly bond with a character, any character, are the ambergris of the writer’s word: hard to find and so valuable that you horde them zealously.

The writers were sweating bullets…they couldn’t think of anything. They thought about one of the old standbys: give Ralph a family medical emergency. But the old “sick wife” routine would seem way too cliché and telegraph a mile away that Ralph was only engaging in some last-minute sympathy-building because he was about to die. Unless there was a non-cliché emergency that wouldn’t trigger the audience’s bullshit detector…

Then the new guy in the writer’s room made a huge mistake. He lamented, “We have to keep trying, because I know exactly the kind of thing we need…there’s an incident from my life that I’m saving for my novel…When we were kids we had an archery set and we got the dumb idea to have one kid shoot arrows straight up while the other kid ran around with the target trying to catch them! Of course a kid got an arrow in him, and we had the hardest time explaining what we were doing. We need something like that…bizarrely specific and yet somehow universal, because it feels so odd and so tragic at the same time.” 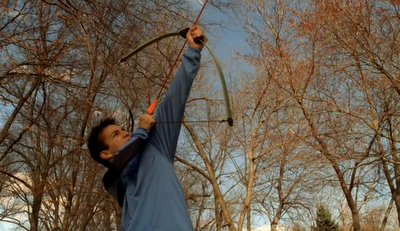 Then the poor writer looked up… and everybody was staring at him mercilessly. What had he done?? The showrunners calmly asked him, “We pay you half a million dollars a year and you’re holding out on us? You’re giving us your second-best material? You’re saving the good stuff for your novel??” He should have kept his mouth shut. 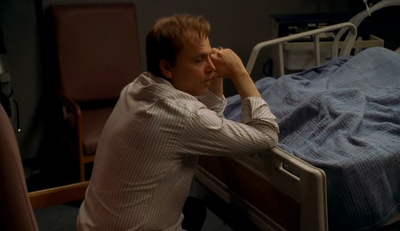 Sure enough, Ralph’s son got an arrow in chest. Ralph re-humanized himself by keeping vigil…until he said something wrong and Tony cut his head off at the end of the episode. It was all very tragic.

You have to love your characters, and best way to show that is to give them the gift of life, your life: Plucking a unique-but-universal incident from your own life, which is oddly tragic, or oddly funny, or, even better, both at the same time, such as the one above, is the greatest gift you can give.
Posted by Matt Bird at 8:00 PM

So wait, who was that SOPRANOS writer? Matthew Weiner? Terence Winter?

I heard the story from Mitchell Burgess and Robin Green and they didn't say who. I'm pretty sure that Weiner started in the fifth season. Probably some minor writer.