Can a Computer Do My Job? Day 1: Intro and Questions About the Pitch 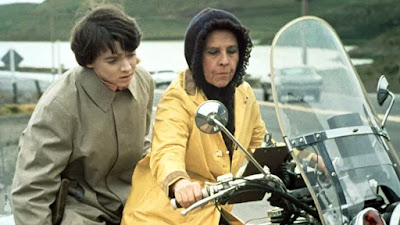 Hi everybody! I’d like to take a break from our Expanded Ultimate Story Checklist for a fun ten-day series. As you may have heard, I spend most of the last year working on an AI project for Facebook. When they called me up to hire me, they explained that they’d been using my book to teach story to their AI, and they figured that they could just hire me. I ended up spending most of my time actually writing once we decided to create a fantasy world, but I did spend some time working with the site OpenAI, especially near the end.
I ended up spending a week on a fun project with wild results, and my boss said it was fine if I turned the results into a blog series.

I have subjected 30 movies to the 122 questions of my Ultimate Story Checklist, and compiled those answers into a spreadsheet. For the purposes of this experiment, I decided to focus on just concept, character and structure, so I entered all 30 answers for the first 62 questions into OpenAI. I wanted to see if, after ingesting my data, the AI could learn to answer the questions on its own. After entering each set of 30, I asked the AI about 6 new movies.

These are the movies I chose to have the AI analyze:
Back to the Future: I wanted to see if it can handle a well-known easy-to-analyze movie that I’ve somehow never done.
The results were absolutely fascinating. This will be a ten-day series, broken down by the sub-sections of Concept, Character and Structure. Let’s start with…

The Pitch: Does this Concept Excite Everyone Who Hears About It?

Is the one sentence description uniquely appealing?

Clicking on each question will show you the 30 answers that I fed into the AI, before asking it about these six new movies:
These are all excellent answers.  Uh-oh, looks like a computer can do my job!
I would disagree, but this is still a great answer.

Does the concept contain an intriguing ironic contradiction?
Not sure that’s ironic…
This, on the other hand, is nicely ironic, but it certainly doesn’t happen in the movie! Our first totally false answer.
Not really ironic, and not what happens in the movie!
Sure, ironic and accurate.
Accurate and maybe ironic?
Sure, ironic and accurate (though not the main action of the movie)

Is this a story anyone can identify with, projected onto a bigger canvas, with higher stakes?
Excellent answer!
Sounds good, but I often feel like the teacher of a gifted but lazy student reading these, thinking, “That sounds right, but it’s also true of a lot of things and I’m not sure this student actually did the work.”
Same for these three.
And often there’s a sense that the computer, eager to please, is assuming somethings happened in movies it didn’t actually watch. As we go, it’ll frequently refer to a family element of Roger and Me that isn’t actually there.

So can a computer do my job?  It’s still too early to say.  Let’s stop there and pick up tomorrow with Story Fundamentals…
Posted by Matt Bird at 9:13 AM

Labels: Can A Computer Do My Job?

Maybe it’s because I’m a writer and not an artist, but I find these results way more alarming and impressive than the recent spate of AI art programs.

Unrelated: I’m delighted to see your blog and podcast revived!

Oh, it's just going to get more alarming...