The Expanded Ultimate Story Checklist: Does the concept contain an intriguing ironic contradiction? 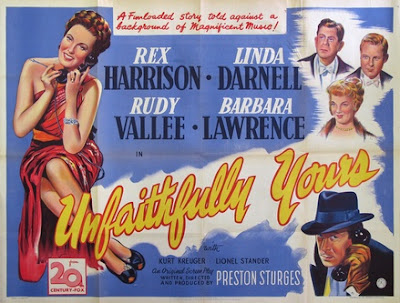 So I’ve promised you many different types of irony, and now I’m ready to deliver the first two, ironic concept and ironic title. Let’s look at the ironies contained in those same example stories:
Because this rule is so nearly universal, it’s instructive to look at an exception that proves the rule. A few years ago, Denzel Washington directed and starred in a highly fictionalized true story called The Great Debaters about a debate team at an all-black college that gets to challenge the Harvard team in the 1930s. As it happens, the team gets assigned to defend the proposition that civil disobedience is good. They do a good job with that and win, which is good, because otherwise what would the movie be saying?

This movie is actually worth watching, but it commits the cardinal sin of many well-meaning period pieces: It irons out the irony.

What makes this so frustrating is there is a lot of potential irony inherent in the premise, if the makers of the film had been willing to fictionalize it a little bit more. Here’s why college debate teams are interesting: You don’t get to choose which side you argue—it is randomly assigned. So what if the black team had been assigned the anti-civil rights side of the argument?

The team would balk, but then, after a few stern speeches from Washington, they would realize this was their big opportunity. They would have to create devastating anti-integration arguments, but the more they proved that blacks weren’t equal in theory, the more their eloquence would prove they were equal in reality!

At that point you could end the movie either way and it would still be powerfully ironic. With that ending in doubt, the whole movie would come alive. Instead, with the version they made, we know the whole time that there’s only one way to end it, unless they want to make it look like integration was a big mistake.

Of course, another problem is that The Great Debaters is a terrible title. You can tell right away it has no irony. It always drives me crazy when I see a fantasy novel with a title like The Knight’s Sword or an airport paperback with a title like Deadly Assassin. These titles are telling you right off the bat that this book will be predictable. A good story needs conflict, and why not start with the title, which is your first opportunity to set two incongruous elements against each other?

Just glancing down the list of underrated movies I’ve recommended on my blog over the years, I see that these titles are inherently intriguing: Blast of Silence, Dark Days, Killer’s Kiss, The Little Fugitive, Little Murders, My Favorite Wife, Safety Last, Unfaithfully Yours, and The White Sheik.

The Court Jester, on the other hand, is a great movie, but it has an inherently weak title, because where else would a jester be? Shoot to Kill could be the title of any thriller ever made. And Fritz Lang rightly complained when the studio changed the name of his movie from the ironic The Human Beast to Human Desire. Lang demanded to know, “What other kind of desire is there?” An ironic concept is great, and an ironic title is a nice bonus on top of that.
Posted by Matt Bird at 10:30 AM