The Expanded Ultimate Story Checklist: Is this a story anyone can identify with, projected onto a bigger canvas, with higher stakes? 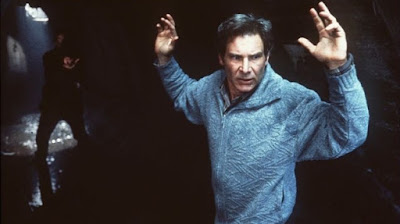 “Write what you know” really means you should write the emotions you know, but put those emotions into a more extreme situation with a lot more at stake.
This is what it means to dramatize. In real life, nobody wants to have “way too much drama going on right now,” but when it comes to stories, that’s exactly what you want. The same types of things that happen to you are happening to them (the same universal emotions, the same universal dilemmas), but in the fictional version, the highs are higher, the lows are lower, and the potential consequences are far more life shattering.

You totally identify with the hero’s situation and emotions, but you get to vicariously experience the thrill of a much bigger transgression than you would ever actually commit, followed by the pain of the big consequences you’ll never have to suffer, followed by the gratification of a big transformation that is always out of your reach. And if, along the way, you get to inhabit a glamorous (or fascinatingly gruesome) world you would never otherwise get to visit, all the better.

Once again, of course, masterful storytellers can successfully break this rule. TV shows like The Office and Parks and Recreation excel at creating low-stakes, unglamorous worlds in which small interactions and minor complaints become just as compelling as an alien invasion. Once again, those shows are choosing to run uphill, but they prove that it can be done.

My husband and I have been apart many years. This morning he sent me a text, 'Happy Mother's Day after Dr prince idialu spell,' for the first time in all these years I had grown accustomed to having my heart broken every year hoping he would acknowledge the day. This year after Dr prince idialu restoration spell things change just after 2 days of the spell, I kept myself from having the expectation of hearing from him. It blew me away and I burst into tears of thankfulness when I saw that Dr Prince had worked on his heart today he is back home happily now we are living together as one. Once again thank you Dr Prince for your help you are really what you said you are no relationship problem is impossible for you to fix. For more information or help contact him via: princeidialu@outlook.com or call or WhatsApp +1(504)603-3666 (Oklahoma)

I am so delighted I found your weblog, I really found you by accident,
while I was researching on Bing for something else, Regardless I am here now and would just I saw this FAKE UK DRIVING LICENCE THAT WORKS FROM THE DVLA an will like to say thank you. (I also love the theme/design), I don’t have time to go through it all at the minute but I have bookmarked it and also added your RSS feeds, so when I have time I will be back to read a lot more, Please do keep up the excellent job.

Are you looking for ways to hit the lottery jackpot? Search no more for Dr Amber can help you win the lottery you want with his powerful lottery spell. Visit: https://amberlottotemple.com or WhatsApp +1 318 306 5044 or email: amberlottotemple@yahoo.com to know more about his works.

I finally was able to conceive a child of my own the year 2019 after 5 years without any issue. this really was the worst thing ever. It was a miracle that indeed shocked me. because i was left with no option but to use a Herbal Health Concoction that was prepared from Herbs to help my Immune. I got to find out about this from someone, and i talked to the direct source about my problem. He`s name is Priest Babaka and He told me how some necessary few herbs will be useful as to women`s health and recovery and He had to do what He knows best. He sent the Herbs to me and gave instruction on method of use. this all happened and i really have been able to say i`m glad God did this.

You can get in-touch with Priest Babaka via Email: babaka.wolf@gmail.com Or Facebook at priest.babaka
Really just felt like dropping this.