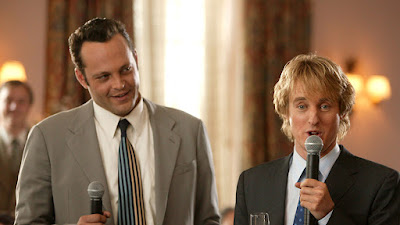 Okay, folks, here’s the deal.  I’m sick of BCI, you’re sick of BCI.  We’ll do some new ones to celebrate when the book comes out, but that’s many months away (Official announcement soon!)  So what shall we do with those months, other than Friday podcasts?  Here’s my big idea.  I cobbled the checklist together out of blog posts, rewrote every one, and published those rewritten essays as my first book.  But if you click on “The Ultimate Story Checklist” in the sidebar, each question still links to the original blog post, not the nicely rewritten and expanded version in the book.

I thought it would be nice if each of those linked to the version from the book, expanded to add any Checklist Roadtests or Straying from the Party Lines I’ve done about it, and then showing the answer to that question from every checklist.  It’s the deluxe version of my first book, and it’ll play out over the next 122 non-podcast posts of this blog!

So let’s start off with question #1: Is the one-sentence description uniquely appealing?

Right here at the beginning, I want to emphasize that great stories need not answer yes to every question, and this first one is a great example. As you’ll see below, it’s great to answer yes to this question but by no means essential.

So how do you boil your big, beautiful story down to just one line? It sounds impossible. In fact, it sounds insulting! Your story is large. It contains multitudes! But let’s say that you have twenty seconds to pitch it to someone. Can you do it? Of course you can. Because every great story grows from one simple idea.

This is the usual layout for a one-sentence summary, which is also called a “logline”:

A [adjective indicating longstanding social problem] [profession or social role] must [goal, sometimes including the ticking clock and stakes].

This can work for many different types of stories:

Crucially, there’s no “must” in the last two examples, which inherently makes them a harder sell. As it turns out, both movies are wonderfully entertaining, but it’s hard to know that from reading the logline. Because there’s no “must,” we fear that the stories will lack stakes and motivation. Because the hero is not being literally compelled to enter the world of the story, we fear that we will not be compelled to, either.

The first six are stories you might try out simply based on this intriguing line. Of the eight, these last two are the ones you’re more likely to try only if you’ve read good reviews or you’ve heard good things about the author of the novel or the director of the movie. As it happened, both movies got great reviews, and so people checked them out and discovered they were compelling.

So every great story doesn’t need a uniquely appealing logline, but it definitely helps, both in selling your work to a buyer and eventually to an audience. As mentioned in chapter two, publishers and producers hate to say to the public, “I know it doesn’t sound interesting, but trust us—it’s really well written.” In order for them to market your work, they prefer to have a unique, appealing concept.

A sharp logline also focuses your mind as a writer: You’re not feeling your way through the shapeless blob of a half-formed idea, you’re starting with a unique and clever concept that automatically excites both your readers and yourself. That’s a great way to start.

As you pitch concepts you’ll hear the term high concept a lot, without explanation. It’s worth noting that the term high concept has changed in meaning over the years. It used to refer to big, complicated, highly conceptual ideas like 2001, but now it refers to the opposite: a concept that is uniquely simple.

High concept now refers to a simple one-sentence premise that makes everybody say, “Oooh, that sounds fun!” High-concept ideas are easy to market. If the concept is instantly and uniquely appealing, it’s an easy sell.

Of course, this doesn’t mean that every story has to be high concept to work. Let's look at a movie that has an unappealing, low-concept logline (even though it does have a "must" in it). Here's a one-line summary of The King’s Speech: “A nervous figurehead must work with a radical speech therapist to overcome his stutter in order to give an inspiring speech as World War II begins.”

The financiers of that movie took a huge risk: Instead of starting with an asset (an appealing logline), they started with a huge liability (an unappealing logline). Every step of the way, they had to explain to potential directors, actors, and distributors, “We know it doesn’t sound very interesting, but if we do a good job we can make it interesting.” That took a lot of persuasion on the part of the producers.

But somehow, in the end, they did it. They convinced enough people at every step to take a chance on it, and shepherded it all the way to box office success and a Best Picture win. And guess what? The final product was a much better movie than any of the three I just listed. It can be done, if you’re willing to run uphill.

But if you want to give yourself a big boost, both in terms of selling it and in terms of writing it, a uniquely appealing logline works wonders.

Okay, for each of these, I’ll then show various Rulebook Casefiles or Straying from the Party Lines I’ve done in regards to this question.  In this case, there aren’t any, that I can remember.  But of course, I have asked this question in every checklist I’ve done, and here are the answers:

I get the broader point you're trying to make -- I guess? -- but the truth is, none of these spiritless loglines are very appealing.

If I hadn't seen the movies that these loglines come from, I wouldn't necessarily be convinced any of them indicate a very good story. It's all to easy to imagine a terrible version of "A farmboy on a distant planet becomes the hero of a galactic rebellion" rather than the classic STAR WARS, and "A princess must save the world from her sister’s out-of-control ice powers" really transmits nothing about the charm of FROZEN.

And indeed, in both of those seemingly "high-concept" cases, the project was already substantially underway even before it distilled into those final forms: everyone knows first several iterations of the STAR WARS scripts were a mess, and FROZEN was in development hell for years before they hit upon the sister relationship that made it work.

Maybe a strong "logline" is okay for marketing (or is it? who saw STAR WARS or FROZEN because of the logline?) but I'm skeptical about its place in the creative process. Because every time I read one of these loglines, it describes the movie to me in a way that's utterly alien to my experience of it. ("A voyeuristic college student finds a severed ear in a field, leading him to discover the dark side of his small town and himself" sounds terrible, frankly.)