And hey starting on Monday, I’ll embark on a major new project on Mondays through Thursdays, so you’ll have five days a week of posts for a while!

Today’s episode was extricated from the previous episode. This is the discussion Jonathan Auxier wanted to have, but we ended up having a different discussion about the Sayers triangle that broke off and became its own episode.  Now we can present Jonathan’s original idea about genre, how it is like burgers, and what this all has to do with the movie Alien. James then high-roads us with some classical music cues. 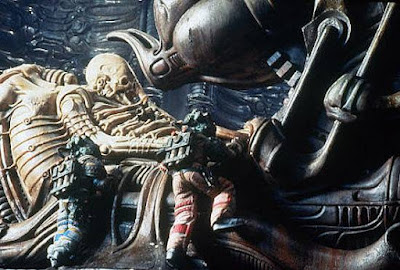 Great episode! I have a lot of thoughts about the conversation, but I have to say, I can’t believe you ragged on Gladiator and name-checked The Planets without mentioning that Hans Zimmer was sued by the Holst Foundation for stealing big chunks of “Mars”!

Also, Jonathan is 100% correct that a burger without a side is a huge disappointment.