The Expanded Ultimate Story Checklist: Is the hero generally resourceful? 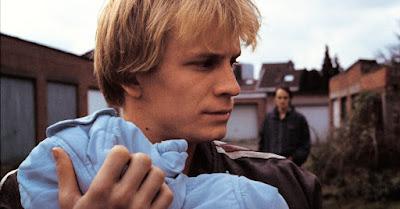 You can’t tell the audience who the hero is; you need to show them. The audience chooses the hero, not the other way around. The audience will choose the character who is trying the hardest to get what he wants.

But just because we've has chosen a hero doesn’t mean we trust that hero. You can do everything else right but still lose us if you don’t give us what we crave: a moment where your hero does something clever that makes us say, “Okay, this hero is resourceful enough to care about!”

Jason Bourne in The Bourne Identity is an example of a character who doesn’t really get a “moment of humanity,” simply because he has just woken up with amnesia and, as a result, has no real personality when the movie begins. So why do we bond with him? Because of the one aspect of his mind that he held onto: his extreme resourcefulness.

This goes way beyond being good in a fight. The moment where we really fall in love with him is when he’s trying to escape from an embassy and rips a fire evacuation plan off the wall so he’ll have a map of the place. We love loves to see something like that.

But you might protest: “Not every hero has to be Jason Bourne! Maybe my hero isn’t clever. Maybe he’s not even a hero. Maybe he’s just a fool. Can’t I tell a story about a fool?” The answer is yes, of course you can. But he has to be a resourceful fool.

How does that work? As my brother likes to point out, “It’s hard to make things foolproof because fools can be so clever.” If you think about this, it’s absolutely true. Nothing in this world is foolproof because resourceful fools always figure out some way to screw it up. If you’re going to write about a fool, that’s the kind of fool you want to write about.

As filmmakers go, you don’t get more admirably artsy than the Dardenne brothers of Belgium, who make beautifully observed but grueling portraits of pitiful figures who somehow manage to spiral even further down. Why are these movies so compelling, despite their painful subject matter? It’s because of the brothers’ ability to create great heroes. Of course, no one thinks of their characters as heroic, and certainly not clever, but in their own way, they are.

Bruno in The Child is an aimless junkie who discovers that his ex-girlfriend has just had his baby, so he immediately sells the child on the black market to get money for drugs. Later, he is truly shocked to see how upset she is, and he tries to get the baby back.

At one point in this process, Bruno is forced to wait in a back alley before the person inside will speak with him. There’s just one problem: Bruno can never wait around for anything. He can’t sit still for a second—that’s his entire problem. But he doesn’t whine about this problem. Instead he finds clever ways to solve it.

When he is told he must wait five minutes, we instantly sense that this is like a prison sentence to him. We share Bruno’s anxiety as he looks around desperately for something to do. Then he spots it: a mud puddle by a white wall. He goes over, soaks his boots in mud, then leaps up against the wall repeatedly, putting black boot prints all over the wall. This happily occupies him until they come to get him. Problem solved. Fools can be so clever.

We previous looked at another character with extreme resourcefulness: Jason Bourne. Bourne is a nice guy, but because of his memory problems, he doesn’t have enough of a personality to be fully likeable, so the filmmakers made up for it by having him be extra resourceful. We admire the resourcefulness so much that we don’t mind the lack of personality.

Jake Gittes, on the other hand, has lots of personality, it’s just not very likeable. Not only is he surly and cynical, his fatalism borders on passivity (he believes in caring “as little as possible”), which is never an appealing quality in a character. Once again, the filmmakers overcome these barriers to empathy by having the character be delightfully resourceful:
Audiences go crazy for this sort of this sort of clever tradecraft. As I said in that piece, many of these things feel like “news we can use”: cool things we can mimic ourselves to be cooler, more successful people. They don’t so much build identification with the hero, but they turn the hero into someone we aspire to be, which is almost as good.
Posted by Matt Bird at 10:43 PM