The Expanded Ultimate Story Checklist: Does the hero have general rules for living that he clings to (either stated or implied)? 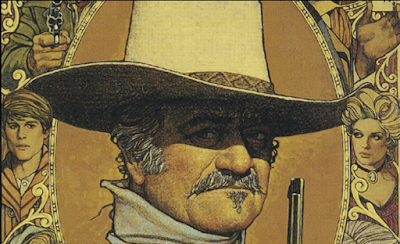 So far, we’ve focused on how you would define your characters, but you also need to know how they would define themselves.
You need to ask yourself, What are the rules they live by? Every character has these, though most don’t state them out loud the way John Wayne does in The Shootist: “I won’t be wronged, I won’t be insulted, and I won’t be laid a hand on. I don’t do these things to other people, and I require the same from them.” In Margin Call, Jeremy Irons has a far more cynical philosophy: “Be first, be smarter, or cheat.”

Stick to what the people would actually say if asked. Nothing like “I can’t stand germs,” or “I don’t like kids,” or “I’ll never get off the couch.” Those may be the real rules that actually define a character, but the purpose of this exercise is to get to know their self-image.

Once you’ve got your rules, you can start playing with them. Which rules are they forced to break over the course of the story? Which ones should they break but are too proud to do so? Which rules are they just deluding themselves about, since they’ve never really followed them?

The advantage of listing these rules is that doing so forces you to listen to your characters and allow them to define themselves. It’s easy for characters to become just a bundle of flaws: a false goal, a false statement of philosophy, a limited perspective, and a long host of ironic failings. But they don’t know that. They’re just living their lives, doing their own things in their own time, so you need to know what those things are, as they see it.

Rulebook Casefile: The Hero Should Have Three Rules He Lives By in Selma
All heroes need special skills, so that they’re not just reacting the way an “everyman” would react. They need to have their unique volatility: Only this hero would have reacted this way to this challenge. That’s why we root for them.

King doesn’t know karate, and he never uses a blowtorch to build himself a tank. In his case, his specials skills overlap with another thing it’s good for every hero to have, three rules he lives by: “We negotiate, we demonstrate, we resist.” He has learned these rules slowly and painfully, over the course of some campaigns that failed and others that succeeded. They are pithy and definitively stated. He will brook no counterproposals.

Obviously, not every great hero has a list of three they enumerate, but many do, and most heroes have a list like this implied if not stated. This fits into another thing most heroes have, a default argument tactic. Heroes should be specific, both so that we believe in their reality and so that we can invest our hopes in them alone: Specific language, specific tactics, specific ethos.
Posted by Matt Bird at 10:30 AM