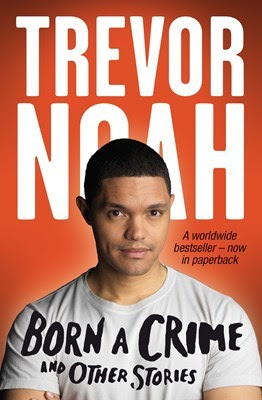 So we’ve talked about how Trevor Noah creates the classic archetype of the scampish kid, and he also taps into the universal archetype of the indomitable bad-ass single mom. Each character has lots of specifics to make them come alive, but they’re definitely characters we recognize from other stories. But that’s fine, because, as I’ve said before, readers don’t actually crave unique never-before-seen characters. We like archetypes. But while we don’t demand unique characters, we do like them to combine into unique never-before-seen relationships.

Anyone who’s seen “Gilmore Girls” or other similar stories will recognize the idea of a single mom and child who interact as almost-equals, but never quite like Trevor Noah and his mom. Here’s their conversation from the first chapter of his book (It is always dubious, of course, when a memoir recreates this much dialogue, but readers are forgiving.)


(This is of course a trick that screenwriters don’t have, jumping in to unpack the hidden meanings behind one word.)

Both characters have unique voices and strong opinions. Together they have a complex, shifting power dynamic. Either character on their own could probably carry the story, but it’s their contentious but loving relationship that will really power the book. Compelling characters are great, but compelling relationships are even better.
Posted by Matt Bird at 8:00 PM

Labels: Born a Crime, Concept, How to Write a Memoir, Ideas, Prose