Storyteller’s Rulebook: Walk the Thin Line Between Rascal and Rotten 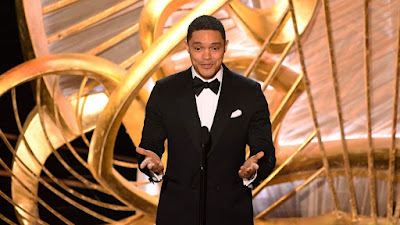 Up to a certain point, readers love rascally misbehavior. We’re happy to read a paragraph like this one, in the first chapter of Trevor Noah’s “Born a Crime”:


Such paragraphs are joyous and liberating. They remind us of the freedom from consequences we used to feel, and long to feel again. They make us think that if we were a little more brave we could outrun those that hold us back. We admire the audacity of young Trevor for misbehaving, and of old Trevor for bragging about it so shamelessly.

But at some point, for me as a reader, I started to get a bit uncomfortable with how he related his memories.  Maybe, of course, this was a simple case of “white reader pathologizes behavior in black man that he would forgive in white people,” but I did find myself saying at times, “Uh, this guy might actually be a sociopath.” The most obvious tipping point was when young Trevor was playing with matches and burnt down a house. He describes his feelings after watching it burn to the ground:


That same cocky defiance started to curdle for me. Did he really have to say “didn’t feel bad about it at all”? What sort of adult defends burning down a house?  In the next paragraph, I got even more uncomfortable about his imperviousness to consequences:


Reading the book made me admire Noah’s personal bravery and his skill at telling his story, but it also confirmed some of the vibe I’ve always gotten off him.

I think of his joke at the Oscars this year. As CNN summed it up:


On the one hand, this was really funny to find out about the next day, but thinking back on it, knowing what he was actually saying, there was something sorta creepy about Noah’s beatific smile as he said the words in Xhosa, looking into the eyes of hundreds of people who didn’t know he was mocking them.

Noah has been through a lot. His very existence was criminal until the age of five. His mom threw him from a taxi to escape would-be rapist/murderers, who were never arrested. His stepdad shot his mom in the head and the police didn’t care. Police ended his teenage DJ career by shooting his computer dead. Whatever qualities that may have resulted are understandable. And he deserves credit for writing honest and forthrightly about his life and emotions.

As I read his book, maybe I was supposed to revel in his earlier misbehavior and then feel chilled when I saw how far it went. The book made me trust him very much as an honest, self-aware person.  That paragraph shows that he’s admirably grappled with his own psychology.  But it certainly kept me from bonding with him 100%.
Posted by Matt Bird at 12:00 PM

What you say is true, but honestly I think it's fine he wrote "didn't care *at all*". It diminishes our reader-author empathy with him, and we may think "Dude! You're a little psychopathic!", but at the end of the day that's who he really is (ostensibly). Do we feel a slight urge to put the book down? Maybe, but I think we read his memoir to find out who he really is and his past. So, the tradeoff works. Oct 21 2019