Okay folks, one last piece of back fill and then tomorrow… the big list! 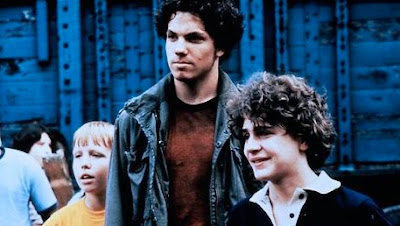 Unique characters are overrated. Does your character feel familiar? Good! Audiences want characters to feel familiar, so that they can identify with them. But they also want to see something new they’ve never seen before—so what to do? Of course, you can search for a character that will feel familiar and yet be unlike anything that audience have seen before, but you’re probably going to look in vain. There have been a lot of characters before yours.

You’re going to have much better luck if you take two familiar characters and give them a believable but never-seen-on-screen-before relationship. The high school outcast is a familiar archetype, but there are always new directions to take it: My Bodyguard is about a kid who pays a scary bully to protect him from the other kids, Rushmore is about a kid who strikes up a friendship with one of his private schools funders who is equally alienated, Election is about a kid who infuriates her teacher so much that he tries to sabotage her student government election... These were never-seen-onscreen-before relationships, but they rang true. 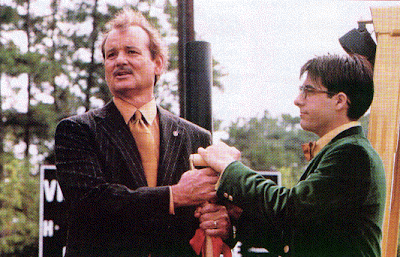 Okay, Max Fischer and Tracy Flick were pretty unique characters as well, but if those movies had been about watching either of those outcasts try to get a date with the popular kid, then they still would have fallen into overly familiar territory. It’s the unique relationship, not the unique character, that makes the movie.

I’ve known a lot of strange people, but none so strange that I can’t think of a movie character just like them. On the other hand, I’ve had a dozen oddball relationships in my life that I’ve never seen replicated onscreen before: unlikely friendships, oversharing bosses, bizarre dates, murderous tontines... …I’ve said too much.

To go back to that old standby, STAR WARS, you can say that Luke has changed by going from farmboy to galactic hero, or Han has changed by going from mercenary jerk to loyal friend, but that seems like straining. Nothing in their character has essentially changed. They still seem like the same people we've known all along, we're just seeing surprising sides of that essence.

However, the relationships between Luke, Han, and Leia are changing throughout the movie, quickly and with concrete effects each time. So perhaps if we thought of each relationship as a character, and plotted its own "hero's journey," we would come up with arcs and stories that would seem much less forced. No fake-smelling scenes to "prove" how a zero became a hero or a bad guy became a good guy, because people rarely change in a fundamental way. But relationships are always is flux, sometimes radically.

Watch the relationships, not the characters.

This also seems to relate to your ideas about ordinary emotions in extraordinary situations. So film stories are relatable to the extent that we recognize the characters and the emotions from our lives but special and different enough to be worth our time because of the uniqueness of the situations and the relationships.

Nice article, I'm a fan of asus router. They have a pretty good
Cognoa Research For PC

don't be late,” he says. “This only makes it harder for the child, the parents and the teacher.” 3 Meet the staff Lanham recommends that parents go to the classroom and talk to teachers. Take advantage of open door policies. You will work together to make your child's experience successful.
حلول المهارات الرقمية متوسط

I enjoyed your article! We know that Roadrunner email and TWC email are not used that much now. But their old customers still rely on them. As they are now a part of Spectrum email, you need to do the Spectrum email settings in case you experience any email issues.

Truly speaking, I was looking for a platform that could provide me with finance dissertation help when I landed on your site. I do not know why it directed me to your site, but I have finished reading it, and I enjoyed it a lot. Now, I believe that some accidents occur simply because of our goodness.

Excellent read, Positive site, where did u come up with the information on this posting? I have read a few of the articles on your website now, and I really like your style. Thanks a million and please keep up the effective work, as a writer I am providing online academic writing services for students.

Pay Someone To Format Dissertation said...

I am so sorry but I am not getting what this blog is about. Is it a show or something? If it is I need to know about it as It has captured all of my attention. I am done with my dissertation writing as well, and I have decided to pay someone to format the dissertation, so I have ample time to watch such shows. I hope I figure out soon what this is about.

Dissertation Written For You said...

I totally agree with your idea, we need unique relationships, not characters. But I can really stay here and elaborate more on the topic since I should be looking for articles related to get your dissertation written for you rather than being a narrative critique. Still, though thank you so much for bringing this fact out.

I am not an artist but I definitely like to watch good movies or dramatic dramas because I don't watch any ordinary movie sitting in the family. dissertation writing service