The Hero Project #28: The Monster At The End Of This Book 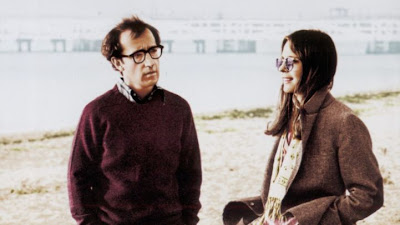 So there’s all sorts of reasons why a hero could get plunged into despair right before the climax, despite all the progress they’ve made. Yesterday we looked at those inconvenient revelations where the hero discovers that someone very close them is the source of the evil, making them wish they’d never started this investigation. But ever since Sophocles, there’s been one source of villainy that’s guaranteed to cause even more pain to the hero: when the hero finds out that the monster at the end of the book is way too familiar-looking.

Oedipus was unable to forgive himself, gouged his own eyes out and went to live as a hermit. Grover, on the other hand, found the whole situation to be quite groovy. Most hero/villains are somewhere in between. Dana Andrews in Where the Sidewalk Ends thinks that all of his own sins will be forgiven if he can just catch the big gangster, and he’s right, but then he discovers to his chagrin that he can’t accept getting away with it, so he suddenly confesses his murder. Michael Clayton, on the other hand, realizes that he’s crooked (“I’m the guy you buy off!”) just in time to turn himself around.

Many romantic comedies end this way. In idiotic movies like 40 Days and 40 Nights or How To Lose A Guy In Ten Dates, the hero realizes that the thing standing in the way of true love is the arbitrary anti-true-love rule they adopted at the beginning of the movie. Well, duh. In better movies like Annie Hall or (500) Days of Summer the hero stops blaming everybody else and starts blaming himself for his romantic delusions, no matter how painful that is.

But to a certain extent, this should happen in all stories, to all characters. In real life we often believe that we can’t better our lives (get a better job, find a spouse, deal with injustices) because, if we were to try, there would be external forces that would knock us back down. But on those occasions when some inciting incident forces us to get off our ass and try it, we discover that, even after all the obstacles are cleared, we’re still unwilling to change our lives or the world. It’s horrible to discover that you were merely using external obstacles to justify your own mental paralysis. Now that you’ve cleared your excuses away, you have to face the last enemy: your own wretchedness. This is a big part of any story, and one of the hardest parts to write.

At the conclusion of the initial run of the Hero Project, I wondered if quests were really about the hero’s need to change himself (ala Freud), or acknowledge his already existing power (ala Jung). Scott Myers calls this the difference between change and individuation. In my original summation, I showed how Luke’s journey in Star Wars could be seen either way. But though Luke may not actually have to change, he’s got a co-protagonist who certainly does. What about Han? Let’s go there tomorrow…

Two movies where a character actually gets away with murder come to mind:

• In Crimes and Misdemeanors, Martin Landau gets away with having Angelica Houston murdered.

My favorite quotation from Sophocles is when, at the beginning of the investigation, Tiresias tells Oedipus

"You, you yourself, are the murderer whom you seek."

Oedipus is not ready to hear it.

I just finished reading The Man In The High Castle today, and read the line near the end of that book: "Truth, she thought. As terrible as death. But harder to find."