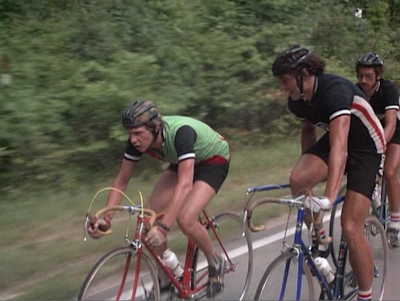 So we’re searching for solutions to a paradox: how can the hero make a lot of real progress and yet somehow reach his lowest point right before he triumphs? We talked about the worst version -his progress was all illusory- and a somewhat better version –his progress gets someone close to him killed. But neither of these extreme solutions is necessary. After all, this isn’t just some arbitrary rule that storytellers impose on themselves. It’s true of real life. Haven’t you heard-- It’s always darkest before the dawn. Why is that? Usually because the truth sucks.

Heroes are investigators. They turn over rocks, exposing worms, but sometimes they find that they can’t root out those worms without undermining their own foundations, at least temporarily. Sometimes, they find out that someone close to them is a traitor (L.A. Confidential, The Matrix), maybe even their love interest (The Sting, The Verdict) Even worse is when it turns out to be a parent, because then they realize that they have the same evil DNA inside them.

Luke Skywalker has an arc in each Star Wars movie, but he also has a big arc over the whole trilogy and his lowest point is obviously when he finds out that Darth Vader is his father. This ruins his adventure, takes all the fun out of his quest, and makes him doubt his own destiny, but ultimately, it provides him with the crucial information he needs to defeat the empire and become a better jedi.

Even more shattering is the realization Dennis Christopher has in Breaking Away. His father runs a used car lot and rips off the local college kids. Christopher rejects his family and chooses to idolize Italian bike racers instead. His dad tries to break him of this mania and forces him to take a job on the lot. One day, some kids his dad ripped off try to return their car and Christopher naively gives them their money back. His father tries to physically block them from pushing the dead car back onto the lot, almost killing himself with a heart attack. Christopher runs off to join a race with his Italian idols, but they betray him too, cheating and running him off the road.

Christopher returns home tearfully to his dad and bitterly laments, “Everybody cheats. I just didn’t know.” He can no longer hide behind the imaginary heroism of the Italians, which means he must accept his father’s wickedness. It’s just about one of the most devastating moments in any movie I’ve seen. But it’s not really a step backward. Christopher is moving forward. This gives him the strength he needs to fix his life and his family, even though it’s incredibly painful. 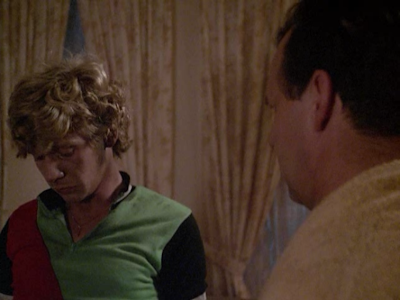 But there’s another type of lowest point that’s even lower than facing the villainy of a loved one: when you realize the villain is even closer at hand. We’ll get to that tomorrow…