The Hero Project #26: Been Up So Long It Looks Like Down To Me 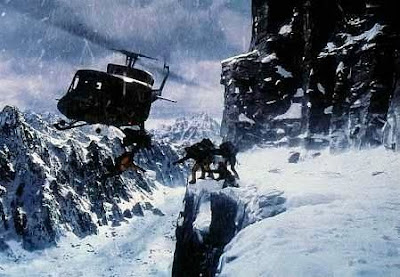 When last we left off, way back in October, I was talking about the ways that writers sacrifice likability in the hopes of boosting motivation or conflict. For instance, I pointed out movies in which the hero suddenly learns, 2/3 of the way in, that everything they’ve done has all been according to the villain’s plan. What a reversal! Unfortunately, this jacks up the conflict at the expense of making your hero look like an idiot. It’s unsatisfying. But the fact remains that, while no two guidebooks agree on what every beat of a proper story structure looks like, they all state firmly that your hero should suddenly be plummeted down to their lowest point somewhere between halfway-to-3/4-of-the way through.

So what if your hero isn’t an big dupe? What if they’ve been tackling their problem with pluck and verve, cleverly making real progress the whole way? Shouldn’t they be making their way up the mountain? How can a steady progress of heroic action paradoxically result in a reversal where it feels like they’ve lost everything? We’ve examined the bad version: it was all the bad guy’s plan and all the hero’s progress was false. But what’s the good version? This is what I’ve been thinking about during the long snowy months of the Hero Project’s hibernation...

The simplest way, of course, is to have the hero’s positive actions unexpectedly result in a very negative result: their partner or loved one gets killed by the antagonist. This way, your hero’s action weren’t misdirected or for naught, but they caused a more dire reaction than they could have anticipated. They can still continue from where they left off, but first they have to do some soul searching and decide if the whole thing was worth it. See The Untouchables or Basic Instinct or Dark Knight or a million others. 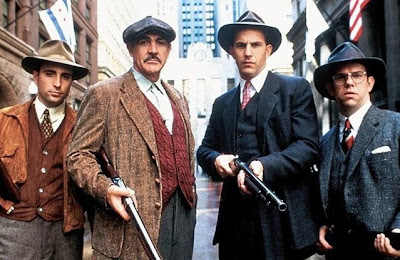 Of course, that question gets much trickier if the person who gets killed is the only person they were trying to save. Movies like Man on Fire will sometimes try to switch gears on the viewer, going from hopeful rescue thriller to grim grindhouse revenge flick in an instant. It’s not a fatal decision for all audiences, but it is a hard sell.

Even more problematic are those movies where, in the end, the moral calculus just doesn’t add up anymore. Martin Campbell is my favorite action director, and I’ve always wanted to see a good mountaineering thriller, so I had high hopes for Vertical Limit, but it just didn’t work (and not just because they cast Chris O’Donnell): Four people are stranded on a mountain. Six people set off to rescue them before a storm comes. By the time the movie’s over, only one of the rescuers survives, and he only manages to rescue one of the people who was stranded. Yay? If this had been a grim survival drama, maybe that would work, but that was supposed to be a stand up and cheer ending! In the end, the audience doesn’t want to feel that everybody would have been better off if the heroes had just stayed home!

Ultimately, this is a fairly unfulfilling way to knock your hero down before he triumphs. What are some more satisfying reversals? Our next two have one simple phrase in common: The truth hurts. We’ll look at those next…

Woah, woah, woah. You are actually advocating one of the biggest cliches in the book, killing off the buddy/lover?! Why, just so the hero's struggle up to that point would be worth it, and then they can magically regroup and find the courage to go on and beat the bad guy? "The Dark Knight" is the only film where I've seen this particularly lame device pay off, in that it propels both the hero AND the villain forward. But the hero, after pulling it together, does what he has to do in the end, which he would have already done because of his nature. It's what he does, and his love's death only reinforces in our minds that he is an incorruptible absolute. The other "hero" is literally and necessarily transformed into a villain by this same cheap device, the identity which we as the audience always knew or suspected he would embrace all along. It would have been a zero-sum game had not this tired plot convention been employed in order to help manifest the already readily apparent destinies of both characters.

What happened to week 25?