The Hero Project #21: Cheers Vs. Fears 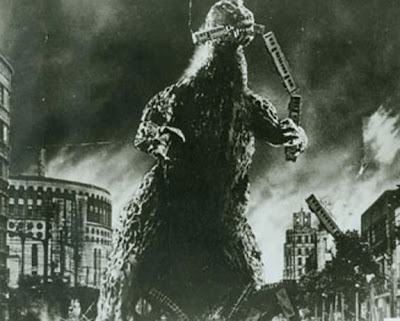 But a strange thing happens in Godzilla movies: People root for Godzilla! Story gurus all tell you that the hero should be in as much trouble as possible and the villain should drive the plot, but this gospel ignores the lure of the powerful hero. People like to trust their heroes. They like to feel that they are in good hands. They like to live vicariously through a hero’s power and swagger and confidence.

Anyone who has ever tried to choose their favorite superhero has encountered this paradox. Two factors define these guys: their powers and their professionalism. Superman has a maximum amount of both, so he’s the ultimate super-hero, right? Superman launched the whole genre and his comics have appeared every month since 1938 without any serious dips in popularity, so he must be doing something right. But few people pick Superman as their favorite superhero. And those who do tend to be people who don’t actually read comic books. If you do, you quickly realizes the big problem: he’s too damn powerful. The stakes are very low. Most of his enemies can’t harm him even a tiny bit, unless they have some kryptonite and then he collapses like a drunken hobo, so it’s all or nothing with this guy. 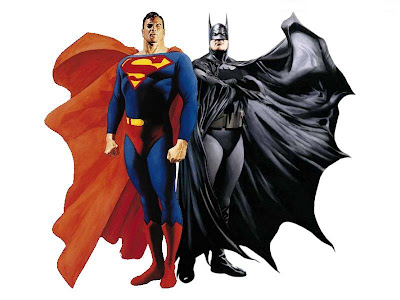 Superman is the ultimate power-fantasy. If we could be any hero, he’s the one we would all want to be. He’s happy, healthy, and very, very secure. But on the bad-ass / vulnerability meter, he pings out too far to the left. We cheer for him, but we don’t fear for him, which means that we don’t care about him nearly as much as we should. It’s downright unfair to have both super-powers and super-professionalism.

So who do most comic readers pick as their favorites? Just ask Chris Sims, who, as usual, speaks for most fans: Batman and Spider-Man. Batman is a consummate professional but he has no super-powers. Spider-Man, on the other hand, had powers land in his lap but he’s happy to be a perpetual amateur at the hero biz. Either way, they end up in over their head quite often. Batman is going up against powerful supervillains armed with only leather tights and his weighty tool-belt. That’s brave! That’s dangerous! Spider-Man, meanwhile, is taking on lifelong Mafiosi even though he’s just a moonlighting schoolkid. Sure, he’s got powers they don’t have, but he’s hardly bulletproof. We worry about these heroes. And we like to worry, to a certain extent. 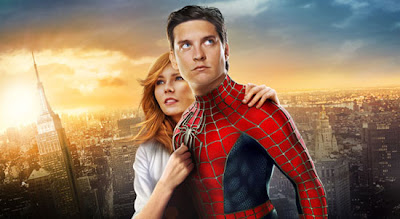 So when it comes to superheroes, powers and professionalism are both good, but choosing one or the other is even better. --Of course that leaves a fourth possibility as well: the hero who lacks both --who pegs out to the right on the badass/vulnerability meter. We just saw such a hero at the box office, but only briefly. You may have forgotten him already, but his name was actually “Kick-Ass.” The filmmakers were baffled that this guy didn’t take the world by storm.

Superman is all cheers. Kick-Ass was all fears. Batman and Spider-Man each find a happy medium, in their own way. Audiences are happiest when they get to cheer and fear for a hero. But if you’re not writing a superhero movie, how do you balance those two? How do you maximize conflict without weakening the hero? Tune in tomorrow, same bad-ass time, same vulnerable channel.

Ha-- caught the typo before your comment even posted.

QUICK ON THE DRAW, BIRD. Yessir, the fastest blog in the west.