The Hero Project #20: Weakness Strikes Back 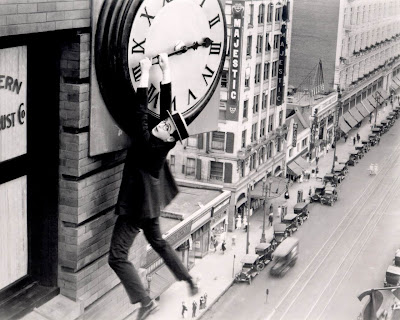 As my mother likes to say “we teach what we most need to learn.” I say over and over again that heroes need to have skills and be proactive. I say this not because I’m trying tell any of you, but because I’m trying to tell myself. But I can’t really convince myself. The whole time I was writing the “Hero Project” essays, I was writing a new screenplay. I was very consciously trying to applying everything I had discovered, and I was inordinately proud of my big breakthrough.

When I was done, I sat down and read my own first draft. I was shocked: the protagonist was still unskilled and passive. I was baffled. Am I obtuse? How had this happened?

In discussing this issue before, I had blamed bad messaging. Freud had led me wrong, or Joseph Campbell, or Hitchcock. The problem was that I had been unaware that protagonist should be badasses. If I just rejected the false gospel of the unskilled hero, I would be fine. But even when I’m consciously running away from those bad ideas, I end up right back where I started.

Now I see another issue at play. No matter how much I want to have a skilled hero, there are two even stronger counterforces that conspire to turn my heroes into weaklings: Motivation and Conflict. I have always been very aware of the need to maximize both motivation and conflict. What I hadn’t realized was that these two values threaten to undermine two other values: Trust and Respect.

Here’s one of the “truisms” I have often cited about screenwriting: “The basis of any story is that you put your character up in a tree and you throw rocks at them. If you’ve got a problem with your story, it’s probably because they’re not up in a tree (not enough motivation) or you’re not throwing rocks at them (not enough conflict).” This has always been gospel to me. Even when I discovered that my heroes weren’t earning the trust and respect of my readers, I thought I could just add some badass-ery and some vulnerability to my pre-existing formula. But all of the trust and respect I added somehow leached out again between the outline and the finished work. Why? Not because I didn’t value it, but because I valued motivation and conflict more. And the easiest way to maximize motivation and conflict is to give your hero less proactivity and fewer skills.

So the real question is: which is more important, fears or cheers? We’ll pick up there tomorrow.

You were actually listening?