Great Moments in Comics #17: The Adventures of Two-Gun Bob 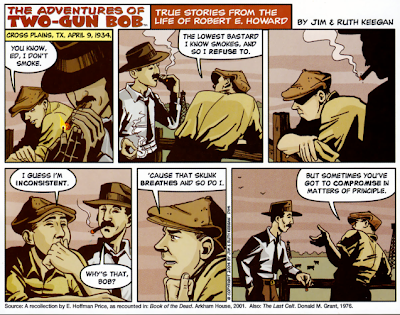 I’ve talked a lot about Robert E. Howard this week, creator of Conan, Kull, Solomon Kane, and many more adventure heroes. But Howard is also the star of a non-fiction comic strip that runs in the back of all of the Dark Horse comics that are licensed from Howard’s properties. An old English major / history buff like me loves the idea of turning an author’s bio into a comic and parceling it out in neat little half-page vignettes that often feel like zen koans. The strip is beautifully done by Jim and Ruth Keenan, who also have a blog. They don’t collect all the strips there, though, and for some reason they get left out when the comics themselves are reprinted. Track down the individual issues to enjoy this neat look at a fascinating, ornery guy. Here's a few of my favorites from the early days of the strip: 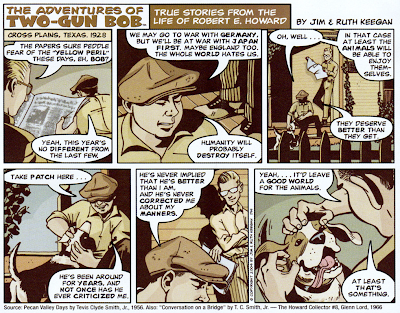 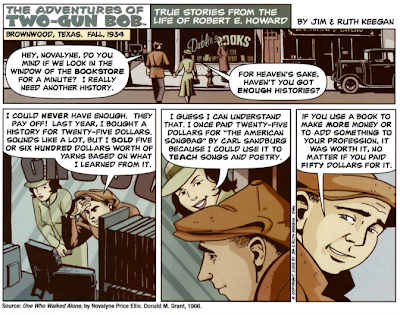 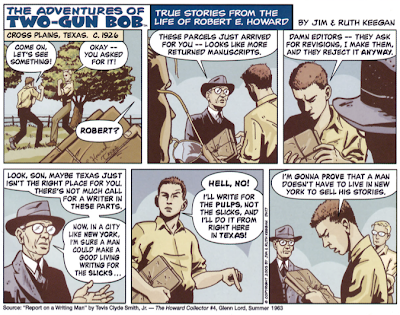 Nice heads-up, One correction though; "The Adventures of Two-Gun Bob" is by Jim & Ruth Keegan (NOT Bob & Ruth Keenan), it says so on the top of every strip you posted here.