I told you I could go lower! The grand finale of Cheesy Movies Week!


The Story: By 1996 (3 years later??), Los Angeles has been turned into a smoking ruin by out-of-control crime. When a rogue cop named Sgt. John Spartan (Stallone) goes all out to arrest a gung-ho hostage-taker named Simon Phoenix (Snipes), the hostages end up dead, so both the criminal and the cop get put in a new cryogenic prison. Cut to 2032, when Phoenix escapes to wreak havoc on the politically-correct utopia of San Angeles. The goody-goody cops of the future realize that the only way to stop him is to unfreeze Sgt. Spartan, too.

How it Came to be Underrated: This movie isn’t just underrated, it’s thoroughly despised. The critics hated it at the time, and still do. Most of my own like-minded friends hated it, and still do. But I find it to be wildly enjoyable. Your mileage will probably vary.

If You Like This, You Should Also Check Out: This movie forms an informal trilogy with two other Andre Gregory movies, My Dinner With Andre and Vanya on 42nd Street. Actually, that’s not true at all. But you should watch those anyway. Then watch this one. When you’re drunk.

How Available Is It?: It’s on DVD with commentary (which I sadly have yet to listen to)

Today’s Post Was Brought To You By: The Forever Machine! 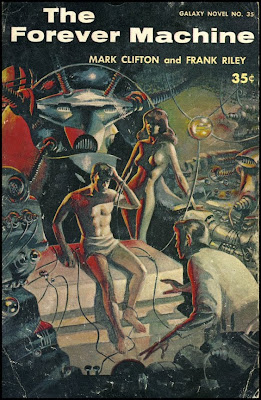