Day three of Cheesy Movies Week, featuring the most disreputable movie I’ve ever recommended on this site. Can I top it tomorrow? Surely not…


The Story: In times of yore, a charming mercenary rescues a sorceress and kills a tyrant.

How it Came to be Underrated: This movie had no right to be any good. It’s a prequel to a pretty bad movie, The Mummy 2, and it was the first starring role for a WWE wrestler, still acting under his ring name! But the reviews were surprisingly positive, so I gave it a shot, with very low expectations. I’ll be damned if I didn’t think it was the best sword and sorcery movie I’d ever seen. Every time I re-watch it, I expect to finally become embarrassed by it, but I love it more and more each time.

If You Like This, You Should Also Check Out: Before I saw this my favorite sword-and sorcery movies were those made in the ‘60s by Ray Harryhausen: Jason and the Argonauts and The 7th Voyage of Sinbad. They’re still a lot of fun today, but Harryhausen had a weakness for bland leading men, who failed to, shall we say, bring it.

How Available Is It?: It’s on DVD with a fun commentary.

Today’s Post Was Brought To You By: Sentenced to the Vat! 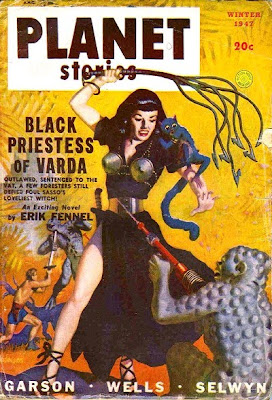 Never seen Scorpion King myself, but my favorite embarrassing sword & sorcery movie is Kevin Sorbo's Kull movie. Haven't seen it since my friend dragged me to the theater to see it, so it might not stand up to a second watching, though. My favorite part was Harvey Firestein as a shifty merchant who at one point utters the line "Oh, Kull, you know I hate the smell of fish." Yeah, they went there.

The same friend also dragged me to "Tales From The Crypt: Demon Knight" which was surprisingly watchable thanks in large part to Billy Zane.

I need to see Kull. I thought about covering "Demon Knight" this week, since I love it. Just one minute ago, I sent off a treatment to a producer. When I was writing the story I thought to myself, "Hmm, my villain is a lot like Billy Zane in Demon Knight-- that's good"

Ahaha, this is my mom's favorite movie. I always poked fun at her for it, but now that the cool kid on the playground says they like it, I'm finding a newfound respect for her XD