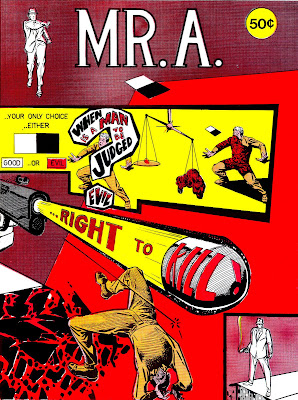 And now for some black and white comics—some VERY black and white comics. I’ve talked before about that moment in the late ‘60s when Patrick McGoohan decided to transform his TV show Secret Agent into a wildly surreal allegory about mechanisms of control in modern society, re-named “The Prisoner”. What you may not know is that Spider-Man co-creator Steve Ditko had a similar revelation around the same time.
At first Ditko tried to graft his own increasingly radical liberatarian politics onto Peter Parker, but when co-writer Stan Lee called a halt to that, Ditko went out on his own. He ultimately decided to self-publish his vision of the ultimate hero, Mr. A, who took his name from Ayn Rand’s objectivist dictum: “Above all else, A is A!”

I’m no Randian, but I love Mr. A more than anything. It’s like the rosetta stone of all other comics: Mr. A says out loud what other heroes merely imply—he actually gives impromptu lectures about why he should be allowed to use force while he’s beating up the bad guys! One thing I love about this comic is that, for all its claims of moral certainty, Ditko and Mr. A himself never stop thinking about this stuff. Each page in this short story ends in a philosophical dissection of the story so far, diagrammed onto Mr. A’s symbol: a card on which black and white do not mix. But by page 6, he’s already had to adjust the diagram to show how corruption causes the two sides to bleed through onto each other. Maybe the world wasn’t all black and white after all… Maybe he just wanted it to be that way. 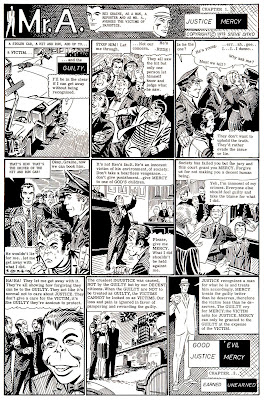 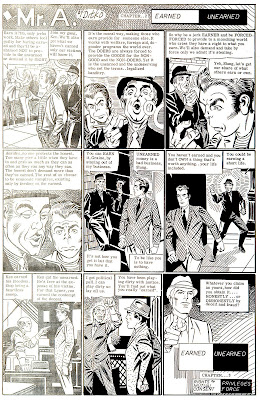 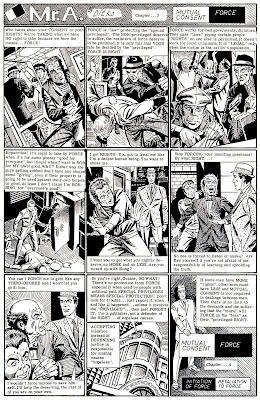 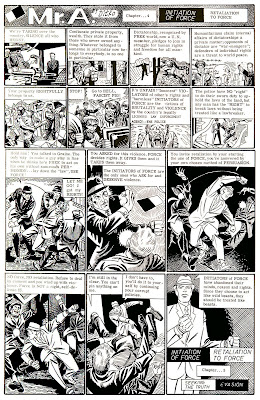 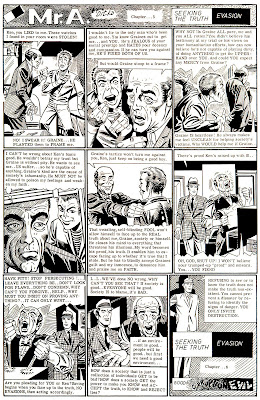 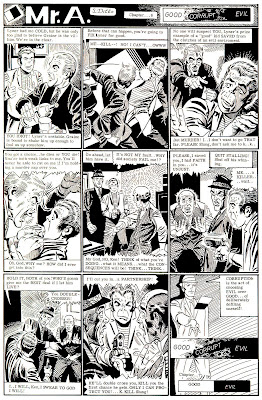 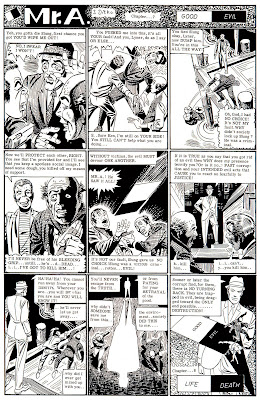 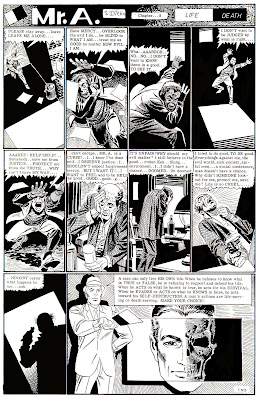