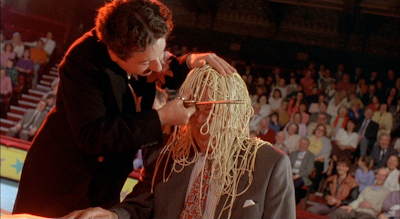 
The Story: Surreal, funny, heartbreaking magic-realist comedy-drama about a failed American comedian who absconds to the faded resort town of Blackpool, England, where his father performed when he was a child, hoping to steal material from the local comics. Instead, he uncovers his father’s secrets and discovers he has a monstrously funny half-brother.

How it Came to be Underrated: This movie seemed to announce Chelsom as a major writer/director, but his follow-up (The Mighty) was a flop and his next (Town and Country) was a notorious mega-flop, so he was done, and this movie was unfortunately forgotten.

If You Like This, You Should Also Check Out: Lewis first proved that he was ready to be serious with Scorsese’s King of Comedy. The existential wretchedness of English seaside resort towns was also explored in the great film noir Brighton Rock.

How Available Is It?: The DVD has no features, but it looks nice and shows off the gorgeous cinematography of Eduardo Serra.

Today’s Post Was Brought To You By: Mr. Bat Sings! 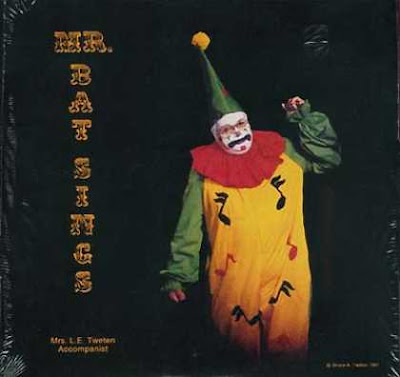 I love this movie -- I've never met anyone else who has heard of it, much less seen it.

I also love this movie. My wife her best friend and I saw it when it first came out in '95 and raved about it to everyone. I saw it again today and was pleasantly surprised how it stood the test of time. It is a movie with different layers and the gags are spectacular along with the great music. It is a film unlike any other I have seen and I still highly recommend it. The valve radio gag, the ghost train, the kid with the foot on the beach, the psychiatrist interview, the restaurant gag, the sway pole. Its two hours of excellent entertainment and escapism that for some strange reason you will not find on any list of top comedies on the internet.
It was certainly underrated.

I seem to specialize in making 'neglected movies'. My last neglected movie was Hector and the Search for Happiness, one I'm proud of. Anyhow, thanks for listing me. Peter Chelsom.

The comedian Freddie Davies also plays an important role in this movie, and stories of his grandfather, Jack Herbert (a variety and revue comic) helped inspire the film. I worked with Freddie on his autobiography, also entitled Funny Bones, which covers his career from soup to nuts, with a substantial amount about the making of the film.

This movie is one that my family has watched over and over and re-enacted around the dinner table, not neglected not underrated in our house!

This movie is one that my family has looked after and over and once again established around the supper table, not ignored and underestimated in our home!