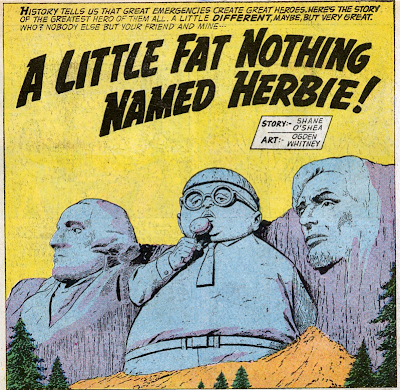 The recent boom in reprint books (and, let’s face it, online trading) has led to lot of forgotten comics masterpieces being rediscovered. The biggest depth charge to hit comics fandom is the sudden availability of the strangest, most absurd, and most joyous comic of all: “Herbie, The Fat Fury” by “Shane O’Shea” (actually editor Richard E. Hughes) and artist Ogden Whitney. It was published by a grade-z publisher called American Comics Group and then out of print for forty years, but a small cult kept whispering about how great it was, led by none other than Alan Moore, who kept saying that Herbie was “one of my all time passions growing up”, which explains a lot.

Herbie was the ultimate role model for comics readers: his father hated him for being a little fat nothing, but somehow he found a supreme cockiness that let him literally walk on air. When he had a lollipop in his hand, ladies would swoon and men would quake in fear, as seen in this house ad: 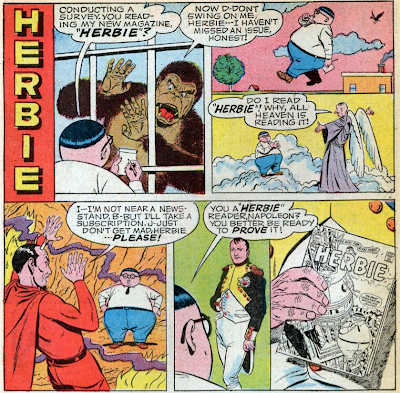 In Forbidden Worlds #114, one of his last appearances there before he got his own series, Herbie proved that his powers worked even on America’s ultimate man and woman: 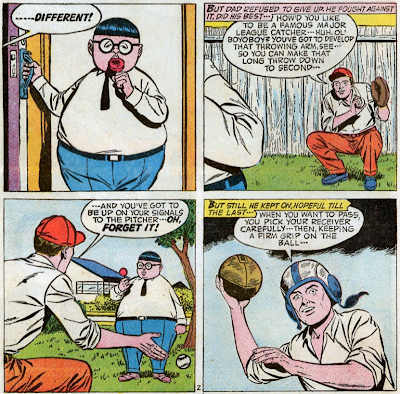 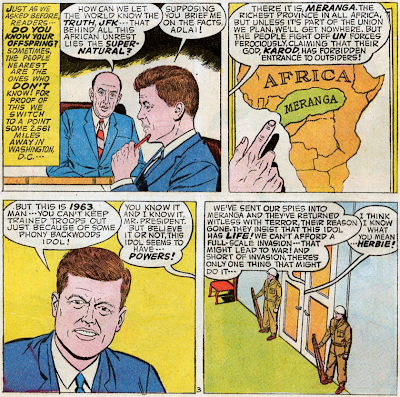 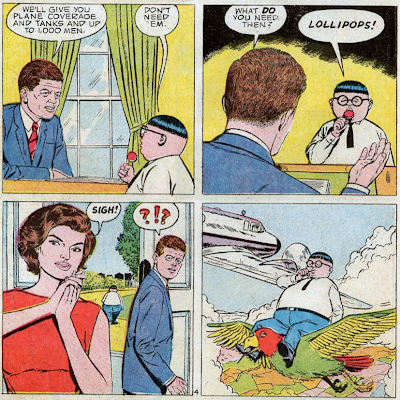 Suffice it so say, Herbie cleaned up the problem handily. Sadly, a few months later, Herbe went back to the White House in the first issue of his own title, but Kennedy was gone…

Some things never change though… 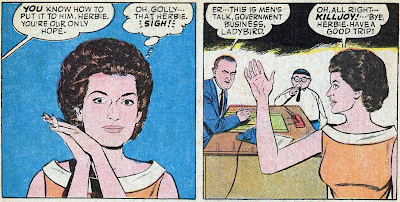