Can a Computer Do My Job? Day 5: Character: Care 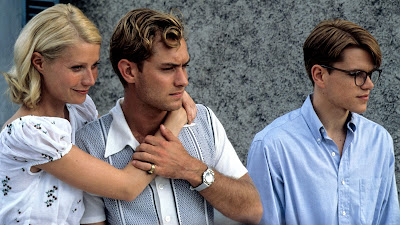 Let’s see how the AI did with these questions:
Care: Do We Feel for the Hero?

As always, click on the questions to see how 30 movies answered these questions when they were being analyzed by a human…

Does the hero start out with a shortsighted or wrongheaded philosophy (or accept a false piece of advice early on)?

When I submit the question without a prompt, it would select its own movie to analyze and it always does a shockingly good job of guessing which movies I’d love to see dissected:
And it’s a good answer!
That’s a correct philosophy, and I don’t remember anyone in the movie actually saying that.
Not the hero. Still, I’m impressed that it’s pulling dialogue from the movies.
All wrong.
Sure, I guess?

Does the hero have a false or shortsighted goal in the first half?

Sometimes, with no prompt, it just ruminates on the question:
Both wrong.
What?? Is it thinking of Winter’s Bone? Was that the plot of that movie? I don’t remember. That’s certainly not the plot of CODA.
Okay, three good answers!

Does the hero have an open fear or anxiety about his or her future, as well as a hidden, private fear?
Lazy, and all of these should be yes.

Is the hero physically and emotionally vulnerable?
Not so sure if that’s correct
True!
Sure, all true, but lazy answers. Show some hustle, AI!

Does the hero have at least one untenable great flaw we empathize with?
True
Sure, I guess?
I guess? I would say that his flaw is that he’s coldblooded.
Huh? You didn’t watch the movie!
Good answer!
Nope!
Too idealistic maybe, but I don’t think anyone has ever described Michael Moore as trusting.

Okay, let’s come back tomorrow to finish up the Character section with our Invest questions.
Posted by Matt Bird at 10:00 AM

Labels: Can A Computer Do My Job?