The Expanded Ultimate Story Checklist: Does the hero have a false or shortsighted goal in the first half? 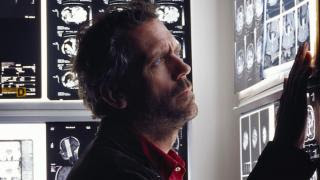 Just as your heroes begin with a false or shortsighted philosophy, they should also pursue a false or shortsighted goal for the first half of your story. This can take many forms:
Wrong Solution to Right Solution. In 2006, the Lupus Foundation gave the TV show House an award for all it had done to spread awareness for the disease. But it was strange because, at the time, Dr. House had never correctly identified a case of lupus. Instead, House’s team would falsely identify the patient’s mysterious ailment as lupus before realizing the patient had a far more exotic disease. Lupus is a little-understood, catch-all diagnosis that can explain all sorts of symptoms that don’t normally fit together, so for House’s team, it’s a tempting but false way to think of the puzzle in front of them. Nevertheless, it gives them tests to run, and these tests unexpectedly lead them to the real diagnosis they hadn’t suspected before.

Likewise, on the show Supernatural, the demon-hunting brothers always try to exorcise ghosts by finding their graves and salting the bones, even though it’s never worked before. It’s just their fallback, false goal that gives them something to do until they uncover the real mystery.

Why use the “wrong solution” approach? It gives heroes a reason to get moving so they can learn and grow on the job. While it may seem cooler to have heroes know what to do right away, or at least withhold judgment until they have all the facts, you will often find the audience actually likes them better if you first send them charging off in the wrong direction.

Micro-Goal to Macro-Goal. This is a simpler form of false goal. Frodo sets out to merely return the ring to Gandalf in The Lord of the Rings. In Star Wars, Luke goes from wanting to fix his runaway droid to wanting to blow up the Death Star. John McClane in Die Hard spends the first half of the movie just trying to call the cops before he realizes he’ll have to take on a terrorist cell single-handedly. These false goals make character motivations far more believable. If the heroes just woke up one day and decided to do a hugely daunting task, it would be hard to swallow. It’s far more compelling to watch them get sucked into greatness against their better judgment.

Total Reversal of Values. Scrooge in A Christmas Carol comes to love Christmas. Juno searches for a “cool” parent to entrust her kid to, then realizes in the end that she wants just the opposite. Dave in Breaking Away starts off trying to defeat the college kids, then realizes he really wants to join them. Peter Parker in Spider-Man wants to use his powers to make his own life better until his callousness gets his uncle killed. Jake Sully in Avatar goes from wanting to rejoin the marines to killing them en masse.

These characters grow, and we’re glad for it. Although we agreed with their original goal in the beginning, by the end, we’ve gone on the same journey they have, and we’re very happy that they’ve changed their minds. A total reversal of values is hard to pull off, but when it’s done right, it’s one of the best ways to get your audience to truly love your hero, since they’ve shared in the character’s astounding transformation.
Posted by Matt Bird at 1:00 PM