The Expanded Ultimate Story Checklist: Is the hero physically and emotionally vulnerable? 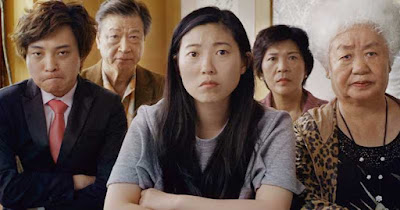 I was once in a pitch meeting where they wanted me to rewrite a high-profile project that began with a series of scenes in which a sniper eliminated various clones who were all living separate lives, spread out around the country, unaware of each other’s existence. (This was a few years before Orphan Black.)
As they pointed out, part of the appeal of the premise was that you could start with the lead actor getting shot and killed, which would shock the audience until they realized this was just one of many clones. I agreed that this presented a neat opportunity.

But then the producer said, “So we start by meeting the first guy, and we’re sure he’s the hero of the movie because he drives a great car and goes home to his great apartment where he has sex with his hot girlfriend. But then he gets shot in the head! The audience will be so shocked that we’ve killed off our hero!”

But that’s totally wrong, because the audience would not identify with this guy as the hero. The villain, maybe, but not the hero. Heroes are defined by their vulnerabilities as much as their invulnerabilities.

I pitched them a very different fake-out hero: My guy works in a stereo store in the mall. When we meet him, he’s down on one knee proposing to a dubious goth girl co-worker, who laughs out loud and tells him to try again. He thanks her for her honesty and asks for tips on how to do it better—he was just practicing for his real girlfriend, who works in another store in the mall. With the good-natured ribbing of the goth girl, he perfects his pitch. After his shift ends, he rushes over to his girlfriend’s place of work only to find that she has already left. He catches up to her in the atrium, but she says she’s fed up with his unwillingness to commit and starts to leave, so he decides to propose right there and then. He gets down on one knee and offers her a ring while a crowd gathers, all wondering what she’s going to say. Finally, she says yes! The crowd cheers! Then BLAM! His head explodes from a sniper’s bullet.

Now that’s a shock, because this guy was really acting like a hero. Making yourself vulnerable is heroic. Exceeding your capabilities is heroic. Taking a risk is heroic. Schtupping your hot girlfriend is not heroic. Audiences hate it when they’re asked to identify with invulnerability. This is why audiences couldn’t embrace the second and third Matrix movies. By the end of the first one, the hero could already control the fabric of his reality. Who’s going to identify with that? 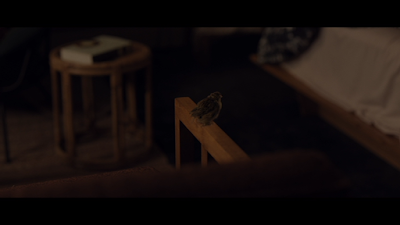 I say in my checklist that characters should be both emotionally and physically vulnerable, but is that true in The Farewell?
Billi is very emotionally vulnerable, but physical vulnerability barely comes into the story. But there is just one brief, odd moment that injects a hint of physical vulnerability. We see Billi come home to her New York apartment and jump for her life when she faces every New Yorker’s greatest fear: Hearing someone inside their apartment. Then she realizes the “intruder” is a bird …but there’s no window open, so how did a bird get in her apartment? She can’t figure it out. She opens a window and shoos it out, and the mystery is never solved. But later, in her Chinese hotel room, it happens again with another bird.

What does the bird represent? The symbolism is thankfully left vague. (The bird is death? Her conscience? Her fear of not fitting in?  Her grandmother?) But I think the main thing it accomplishes is giving the heroine just a moment of fear and physical vulnerability, which increases our bond.

Even if your story takes place almost entirely on the emotional level, it’s good to include at least a little moment where the heroine feels physically vulnerable, just to ground things.

When I give people notes, I often worry that they’ll hit a note too hard.  Sometimes I give a second set of notes on a project and I see that they have.  If you read something like my checklist and think, “Oh, yeah, that does sort of feel like it’s missing, I could add a moment like that,” see if you can find the subtlest possible way to add that element. Just a hint goes a long way.
Posted by Matt Bird at 10:30 AM