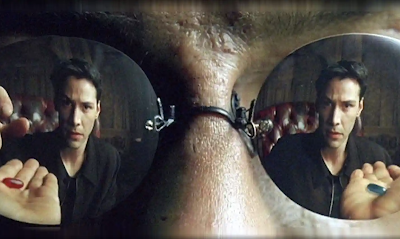 Re: Frozen, I have to say that the pingponging between two protagonists actually confused the heck out of me the first time I saw it. Of course so much of that movie is about subverting traditional Disney expectations, but I had a lot of moments of like "Okay, so Elsa is the antagonist, why is she singing this massive empowerment theme right now?"

It all makes sense once you've seen it (or seen it ten times because you have a five-year-old), but the first time through I actually found it kind of alienating.

James argues that FROZEN was the "first time" a Disney movie had moved past "love at first sight." That's flat-out wrong. "Don't fall for handsome faces" is literally the thesis of BEAUTY & the BEAST. It's central to the love story in ALADDIN. It's nowhere near HERCULES or TARZAN. It's the entire plot premise of BRAVE. In fact, I'm struggling to think of a Disney movie since 1990 that argues for any version of "love at first sight" and coming up short (maybe LION KING ... but the romance was incredibly minor).

I think we sometimes get our idea of what Disney represents from regressive early work ... but in reality, they are clearly doing something quite different.

So... I think there's a place between the use of the word "martyr" and James' point that it's a "giving up to god/surrendering control." I think the protagonist has to sacrifice the self/ego in that they have to let go of whatever is holding them back, embrace a willingness to change, which may involve a literal death, a near-death moment, or just the death of a personality flaw or foible they've been hanging on to (especially the latter in romantic comedies).

In Avengers, Tony "we're not heroes" is embracing the notion that heroism involves sacrificing yourself for others, something that Capt America (the one person who kind of hates him) teaches him.

In Harry Potter, the martyrdom/sacrifice is as simple as realizing that though nearly ever other damn person at Hogwarts is more qualified, Harry has to step forward. It's a Sword in the Stone moment common to a lot of middle grade, where putting yourself forward when all the adults won't, is the journey the adolescent makes.

Harry is letting go of his self image as being worthless and unworthy and saying "maybe I'm actually capable."

So we need a German word that means giving up the ego's false self image and surrendering yourself to the greater good,but there's definitely an aspect of marytrdom as evidenced by so many narratives that depict moving through the darkness, going underwater and reemerging, out the other side.

I'm 100% behind Lou -- I think the word "martyr" is fine, but he's using it in a much more general sense than literally dying for a cause. Really, it's about willingly paying a price. "Price-payer" doesn't have the same ring.

All great points, Lou! We're really synthesizing all of our ideas at this point.

"Sacrificatorio" wouldn't be a good alternative word choice!
But martyr literally means one who gives up their life for a cause.
So if we can extend life to mean "way of life" or "identity" it fits the best for now.

Jonathan, I can't re-listen to the episode right now, but what I meant (and I think, what I said?) was that in FROZEN, when Elsa and Kristoff tell Anna, "You can't marry a man you just met!" it's an implicit critique of earlier Disney movies -- and it was certainly taken that way by pretty much everyone in 2013! Remember, Prince Hans and Anna had a big meet-cute first act, and even a romantic song together, in which Prince Hans seems to be a real peach. We, the audience, are set up to like him from the beginning! We are just as smitten as Anna, and on her side, and so we too are implicated when Elsa and Kristoff try to correct Anna on this point. It's an unexpectedly sophisticated choice to use the "implicate-the-audience" move in a kids' movie, and a move that's full of risk because we spent so much time building up Hans in a positive way . . . will the audience let us get away with shifting gears so radically with regard to Hans later, when he pivots to being a scheming asshole? That is miles away from BEAUTY AND THE BEAST because in that movie, it's pretty clear that Gaston is the bad guy from the very beginning, and Belle had no interest in him at all. In that movie, everybody except Beast is pretty much exactly as they seem from the word go.

I am heartened that Matt's and my pushback to Lou's system caused him to refine his thoughts and clarify his terms in a fruitful way. He can expect our invoice shortly!

James -- I believe that you meant that (even if what I heard was something different). I like your comment about implication -- because that part did feel fresh. And it was hammered home by the fact that as the climax unfolds it becomes clear that the central relationship in the movie is not a romantic one. The HOW they critique mindless love-at-first-sight was innovative ... but I'm not sure the message itself is groundbreaking.

There is a spectrum of Disney princess behavior. Moving from the traditional princess tropes to the modern princess is akin to turning a huge barge in the ocean. But we have finally arrived at Moana who is so modern she no longer needs a prince in the movie at all.

"So we need a German word that means giving up the ego's false self image and surrendering yourself to the greater good,but there's definitely an aspect of marytrdom as evidenced by so many narratives that depict moving through the darkness, going underwater and reemerging, out the other side."
Isn't that "being a Mensch"?

Anonymous nailed it, I really like Mensch as a replacement to Martyr!

"Martyr" has icky associations for me. Ghoulish early Christianity, suicide bombers, and also when you call somebody a "matryr" nowadays, it's almost always with an eye-roll: "Quit being such a martyr, Julie."

Mensch is 100% dead-on, it removes the vaingloriousness of "martyr."

Another vote for Mensch here.

Crusader! Hmm. Well, in my opinion, Crusader is better than Martyr . . . although both words have religious associations that are a stumbling block for me.

I'm still Team Mensch. Especially since it has meanings that work not only for the heroic world, but also for the everyday world.