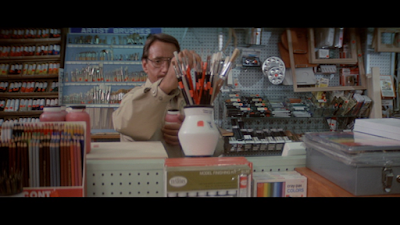 A girl slips off to the beach to go skinny-dipping with a boy, then gets eaten by a giant shark. We then meet the beach town’s sheriff Brody, waking up cranky. The girls body is found and Brody decides to close the beaches, but the mayor orders them re-opened.
Why Brody might be hard to identify with: He’s a little dour, a little cranky.