Believe Care Invest Blockbuster Week: Back to the Future 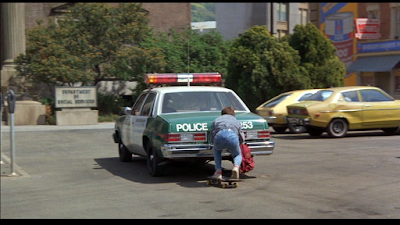 Marty visits Doc Brown’s house, but he and his dog are missing. Marty speaks on the phone with Doc who says all the clocks are set ahead, so Marty realizes he’s late for school. He goes to school and meets his girlfriend who tries to help him avoid the principal, but they get caught. The principal tells him he’s a loser like his father. That afternoon, Marty tries out for the battle of the bands, but he’s told that he’s too loud. His girlfriend tries to reassure him. Marty comes home and finds out that his dad’s asshole boss has borrowed the family car and wrecked it, so now Marty can’t take his girlfriend on a trip.
Why Marty might be hard to identify with: Not much reason. He scopes out other girls while with girlfriend is talking to him.

Believe
Care
Invest:
Strength / Flaw: Talented / Disrespected (which isn’t really a flaw. They had to invent a flaw in the next two movies, where he overreacts to being called “chicken”) I guess you could say his flaw in this movie is low self-esteem, in that he’s very worried people are right when they say he’s a loser like his father.
Posted by Matt Bird at 10:30 AM