Believe Care Invest: Birdman or (The Unexpected Virtue of Ignorance) 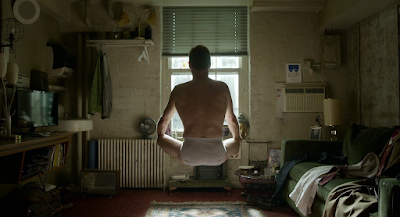 Riggan quit playing the superhero Birdman twenty years ago, now he’s on Broadway, writing, directing and starring in a play based on the stories of Raymond Carver. He seems to have telekinesis, but he may just be imagining it. He hates the performance of his co-star, then a light falls on the co-star’s head. Later, he’s being interviewed by jerk critics, then he finds out his dream co-star Mike is available.
Why Riggan might be hard to identify with: He’s sour. He’s weak. He’s a jerk.