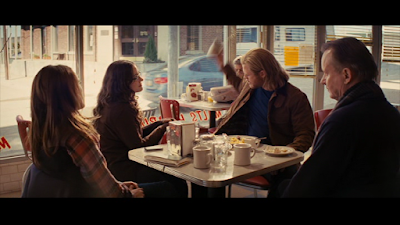 Thor is about to be made king of Asgard when frost giants from Jotenheim attack. Thor leads a forbidden raid on Jotunheim but has to be saved by his father Odin, who strips him of his powers and hammer and banishes him to Earth. He is found by two scientists and an intern who try to figure out who he is.
Why Thor might be hard to invest in: He might be too much of an arrogant asshole to be likeable, until his humiliation.

I'm not quite sure why the coffee cup moment is where his character clicks, but yeah, it totally is.