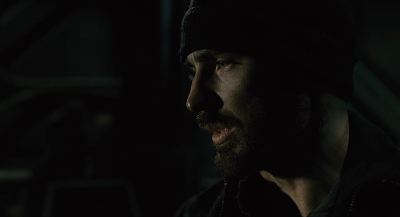 Why Curtis might be hard to identify with: Well, he seems a little too healthy to be totally believable as a desperately poor person. (Evans had just bulked up to play Captain America)