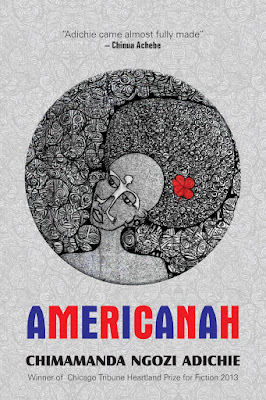 Nigerian American academic Ifemelu journeys from Princeton, New Jersey, to nearby Trenton to find an African salon to get her hair braided, thinking about the fact that she’s recently shuttered her popular blog about race in America and left her boyfriend Blaine in preparation for a move back to Nigeria, where she’s still in love with her old boyfriend Obinze, who is now married.
Why Ifemelu might be hard to identify with: I think we’re hardwired to dislike bloggers, spewing digital noise instead of producing a physical product. Betsy and I both felt a sea change of respect when we turned out blogs into physical books.

Hi thaanks for posting this