31 Days of Believe Care Invest: It's a Wonderful Life 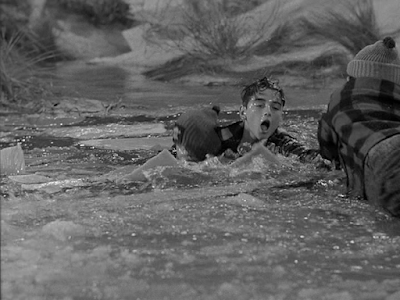 Celestial beings fret about George Bailey in 1946 and review his life: We meet George at 12 in 1919, with a group sledding onto a frozen pond on snow shovels. George has to dive in to save his brother’s life. He loses hearing in one ear, but soon returns to works at old man Gower’s drug store, but Gower’s son has just died in the pandemic, so he gets drunk and accidentally sends George out with the wrong pills. George goes to ask his father for advice, but his father, working at a Savings and Loan, is being chewed out by the town banker, Mr. Potter. George decides not to deliver the pills and gets beaten by Mr. Gower until he convinces him of the mistake he made. Jumping ten years later, Mr. Gower buys George a large suitcase as George prepares to travel the world.
Why George might be hard to identify with: We always groan a bit when we’re told that we’re going to have to learn a hero’s story from their childhood, starting off the story with a younger actor. We say, “Ugh, this had better be worth it.”